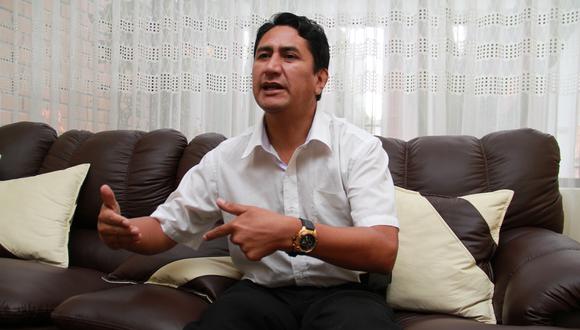 The Superior National Criminal Court of Specialized Justice accepted the appeal presented at the beginning of September, by the legal defense of the former regional governor of Junín and leader of Peru Libre, Vladimir Cerrón, was admitted this Wednesday by the Superior Court of Justice.

“The collegiate admitted an appeal filed by the defense of Cerrón and Perú Libre against the resolution that declared the requisition of search, domiciliary search and others founded, in the investigation against Cerrón and others, for the alleged crime of money laundering.”

READ | Minister of Health, Hernando Cevallos, will meet with university rectors in order to evaluate the return to face-to-face classes

This measure was presented against the resolution that ordered the search of the properties and premises of the Peru Libre party, as part of the investigation of the alleged illegal contributions to their electoral campaigns. This operation was in charge of the prosecutor Richard Rojas. The hearing will take place virtually this Thursday, October 21 at 9:00 am

In addition, the Third Criminal Appeals Chamber of the National Superior Court accepted today the resignation of lawyers Luis Barranzuela and Raúl Noblecilla, giving it a period of 24 hours to appoint a new defense. The same day that he was sworn in as Interior Minister, Barranzuela resigned from Cerrón’s defense.