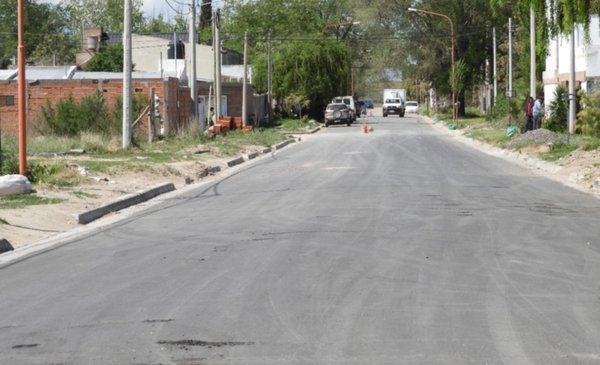 Days ago, the paving work was completed on 4 blocks of Río Bermejo street and 2 of Río de La Plata in Villa Maio, improving connectivity to Paso and Colón avenues.

The work was in charge of the company Carreteras 2000 for a total of more than $ 14 million jointly paid by the Municipality and the Nation.

Before paving, the construction of the gutter cordon, connection to storm drains and the preparation of the land with the corresponding tightening and leveling were carried out.

The work has already concluded, but the Municipality managed to obtain the commitment of the company so that in the next few days it will carry out expansion work on the esplanade that connects Route 229 with Río Bermejo Street to improve the accessibility of vehicles that enter the neighborhood from the route.