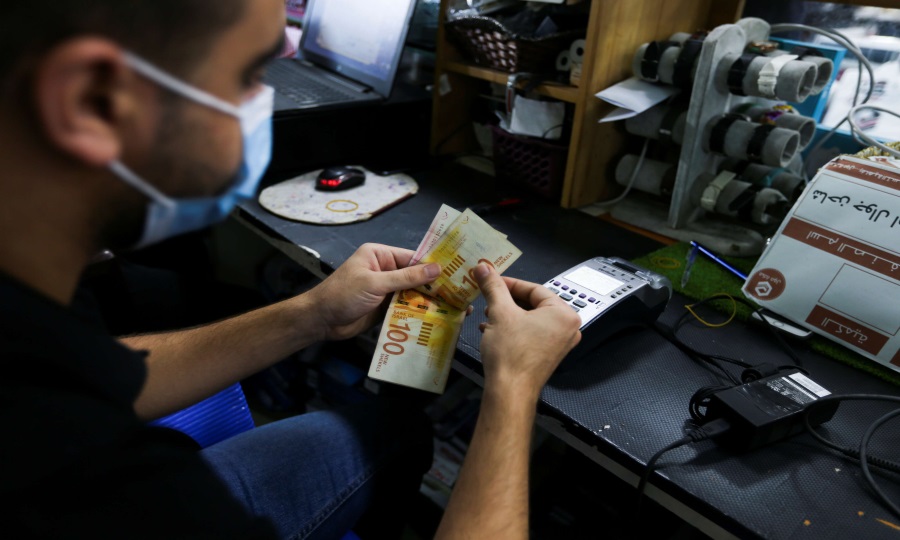 Gaza – “Al-Quds Al-Arabi”: As part of the new mechanism that was adopted last month, the Qatari Committee for the Reconstruction of Gaza has begun distributing financial aid to 95,000 poor families in the Gaza Strip, through hundreds of points spread in all areas, while the owners of the destroyed houses are preparing. During the last Israeli war, to obtain Qatari compensation, to start building these homes.

The distribution points, numbering more than 300 in the Gaza Strip, which are central sales stores, and others specialized in financial transactions, began distributing money to those whose names were mentioned in the special statements of the distribution process this month.

Since the morning hours, the grant beneficiaries have flocked to the designated places, and the distribution process, which is being supervised by the United Nations, was preceded by publishing the link to examine the country grant.

Ambassador Muhammad Al-Emadi, Chairman of the Qatar Committee for the Reconstruction of Gaza, confirmed that the committee, in cooperation with the Qatar Fund for Development, will start from Thursday the disbursement of cash assistance to needy families in the Gaza Strip.

Al-Emadi said in a press statement that cash assistance will be provided to about 95,000 poor and needy families in the governorates of the Gaza Strip, at a rate of $100 per family.

The distribution process was implemented this time, and for the second month in a row, with a new mechanism, different from what was the situation five months ago, when these funds were entered through bags, and distributed through “postal banks”, after the occupation government refused to enter them in this way, as The search was made by entering it through the United Nations.

The current disbursement process is scheduled to continue for a week until the completion of granting the beneficiaries the amounts transferred to them, so that daily messages are delivered to the beneficiaries, informing them of the date and place of the exchange.

After the last war on Gaza, the process of disbursing aid was delayed for four consecutive months, which affected the conditions of needy families in Gaza, who benefit from the sum in managing their daily lives.

The beneficiary families say that this aid contributes to alleviating the burdens of life, in light of the high rates of poverty and unemployment in the Gaza Strip, which are at stake by the occupation for the 14th year in a row.

On the 19th of last month, the Qatari Committee for the Reconstruction of Gaza announced the signing of an agreement with the United Nations represented by Tor Wencesland, the United Nations Special Coordinator for the Middle East Peace Process, to introduce these funds.

The memorandum of understanding includes the mechanism for distributing the humanitarian cash grant provided by the State of Qatar to needy families in the Gaza Strip.

Qatar has financed major infrastructure projects, such as paving the main roads in the Strip, building a residential city and a specialized hospital. In addition, Qatar is following up on the implementation of a project to connect the Gaza Strip with a new power line.

According to what was announced last month, Qatar is financing the owners of houses that were destroyed during the last war, by paying their owners money to build them again.

It is expected that Ambassador Al Emadi will arrive in the Gaza Strip next week, to follow up the process of building houses, and also to supervise the projects that Qatar is financing in Gaza.

In this context, the Director General of Reconstruction at the Ministry of Works in Gaza, Muhammad Abboud, said that Ambassador Al Emadi will arrive in Gaza next week, to follow up on the issue of the Qatari grant for reconstruction, stressing that the process of reconstruction of what was destroyed by the Israeli occupation in the recent aggression on Gaza “is progressing at a pace.” good.”

He explained that what was distributed from the Qatari grant this month is for the owners of the units partially affected by the aggression, and said, “While we have not yet started distributing funds to the totally affected.”

He said that during the current month, “we will see things on the ground regarding compensation for the owners of completely destroyed units.”

The Ministry of Works had begun sending letters to owners of completely destroyed homes, in preparation for the start of their reconstruction within the Qatari grant, worth $500 million.

She said that the process will begin gradually according to humanitarian priorities, starting with the construction of completely destroyed housing units, towers, infrastructure and partially demolished houses, passing through the rest of the economic, agricultural and other sectors.

It is noteworthy that thousands of housing units were completely and partially demolished during the last war launched by Israel against the Strip last May, when Israeli warplanes targeted residential towers and buildings inhabited by Palestinian families, some of which were demolished over the heads of their residents.