SNI recognizes the Tax Police for their fight against smuggling 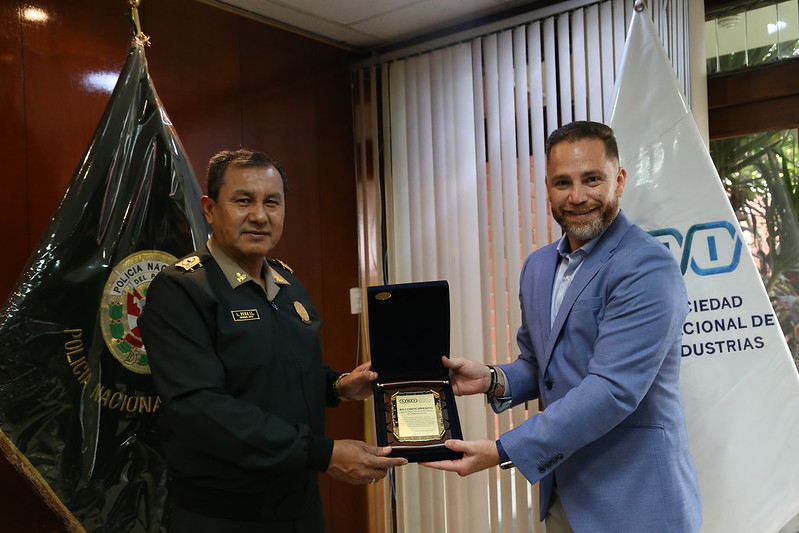 The Commission for the Fight against Illicit Trade of the National Society of Industries (SNI) recognized the Fiscal Police, a specialized unit of the National Police of Peru (PNP), for the work they carry out in combating smuggling, and on the occasion of its tenth anniversary.

Luis Arturo Mur, representing the Commission, highlighted the good results that the Fiscal Police have been obtaining under the direction of General Luis Alberto Vera Llerena, despite the difficulties of the pandemic. In the first half of 2021, this PNP unit managed to seize more than S / 270 million in illegal merchandise thanks to 29 mega-operations and approximately 750 operations carried out nationwide.

“From the SNI we have wanted to extend this recognition for the work of the Tax Police in the fight against illicit trade. The control of the entrance to Lima by Pucusana in the Panamericana Sur has been greatly improved, and we see that the number of interventions in shopping centers in the capital has increased to seize illegal merchandise of all kinds: liquors, textiles, cigarettes, cosmetics, toys , medications, etc. Recently, a tanker was intervened that transported more than 500 boxes of liquors, cigarettes and other contraband products, ”explained Luis Arturo Mur.

General Vera Llerena thanked the presentation of the recognition plaque at the headquarters of the Fiscal Police in Lima and promised to continue in this constant fight, a scourge that in the last 10 years has generated economic losses of more than US $ 5,000 million for our country. In 2019 alone, Sunat estimates that US $ 601 million was lost due to this problem.

Mur pointed out the need, already pointed out on previous occasions by investigators in illicit trade, to articulate under a single direction the work of the Fiscal Police, today distributed by each province, in units that report to their respective regional police chiefs. “The work of the Fiscal Police is highly specialized and needs to be coordinated by a single head from Lima, with a national outlook, to achieve even better results in the operations that are carried out individually throughout the country,” explained the representative of the SNI.