The battle of memory, sixty years after the massacre of Algerians in Paris 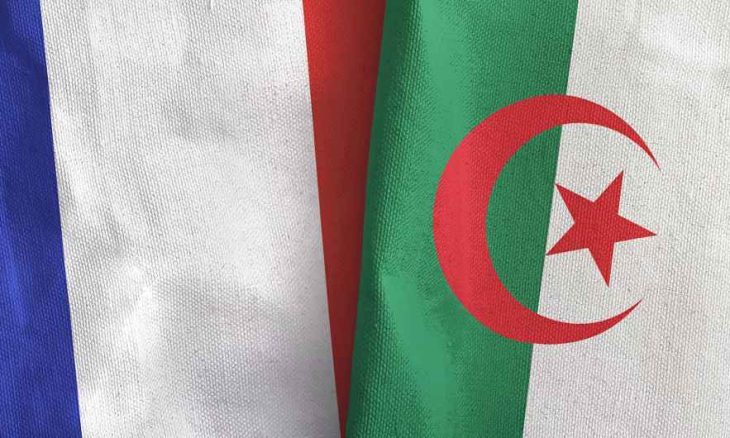 On October 17, 1961, Jamila Omran demonstrated while carrying her baby. Sixty years after the massacre against the Algerians in Paris, this “militant from the bottom of her heart” is waging one last battle: at the age of eighty-seven she will convey a memory that has been hidden for a long time in France.

At that time, she was standing alongside thousands of men and women at the call of the French Federation of the National Liberation Front, which was then its liaison officer in the Seine-Saint-Denis region, against the curfew imposed on the “Muslim French of Algeria”.

“It was supposed to be a peaceful demonstration,” Omran, one of the last women to witness to these incidents, told AFP. The organizers asked us not to carry anything with us, not even a safety pin. We just wanted to fight injustice.”

Fearing that this page of history might be “forgotten”, she quietly recounted her memories.

Jamila Omran pointed out, “Some of the women I asked to come dressed elegantly as if they were going to a party.” “I knew what we were getting,” she said. I wanted to be able to run.”

Imran was sipping a cup of tea in La Cornuve near Paris at the headquarters of the anti-racism and women’s rights association “Africa”, which wants to put this chapter back in the “history of France”.

It is not possible to establish an exact account of the repression orchestrated by the police chief at the time, Maurice Papon, but historians agree that at least dozens of people were killed during the night, shot or thrown into the Seine.

Jamila Omran said that she “could have died” on October 17, 1961. The police chased after her and her two-month-old baby, owing her life to a “French woman” who opened her door to her “arms.”

She speaks with a sigh of “the women who are no longer”. “My memories are not vague, but I try to forget them sometimes,” she apologised.

Like other witnesses, Jamila Omran tried to forget that she had not talked about the massacre for ten years.

Most of the demonstrators did not speak up about the matter until the 1980s, when their sons returning from a march for French-born Algerians (the Fallow), the first march for equality and anti-racism in France in the fall of 1983, demanded answers to their questions.

Samia Al-Masoudi, 77, recalled that “there were talkative fathers and others who were silent. My father used to say things like ‘It was raining that day and we were cold’ without going into too much detail.”

In 1990, in an effort to obtain “political and civil recognition,” she co-founded with Mahdi Al-Alawi an association called “Basem Al-Thakira.”

One of the first documentaries, “The Silence of the River” (1991), states in this regard that “the archive that has been lost must be taken out and Algerian witnesses as well as policemen who agree to speak without covering their faces must be found.

In the same year, historian Jean-Luc Einaudi for the first time opposed the official account of the settling of scores (three dead and sixty wounded) the documented account of a bloodbath.

Historian Gilles Manceron said, “We are often asked why we have forgotten this event. But before we forget, we must know first, that October 17, 1961 was not forgotten but consciously obscured by the existing authority.”

In the collective memory, the memory of the murder of nine protesters in the Sharon metro who were opponents of the Secret Army organization at the hands of the Maurice Papon police was imprinted a few months later on February 8, 1962.

Further angering the left was that eight of the victims had joined the UGT and one woman was a member of the French Communist Party.

A few days later, hundreds of thousands of people marched in honor of them in the streets of Paris.

It was not until 2001 that a memorial plaque was placed in Paris on the Saint-Michel Bridge, and while there was no talk of “bloody repression” and “remembrance of the victims” before 2012 by President Francois Hollande.

Samia Massoudi and Mahdi Allawi, who are calling for “justice and compensation,” see this as not enough. The duo visit schools to pass on the memory of the massacre to younger generations.

And in Saint One, where she will participate on Sunday in a day of honor, Jamila Omran, a mother to her grandmother, says that she is waiting for Emmanuel Macron to admit a “state crime.” “It’s time to achieve this, right?” (AFP)