“The Hostiles of the Amazon”: Raids and arrests in Madre de Dios 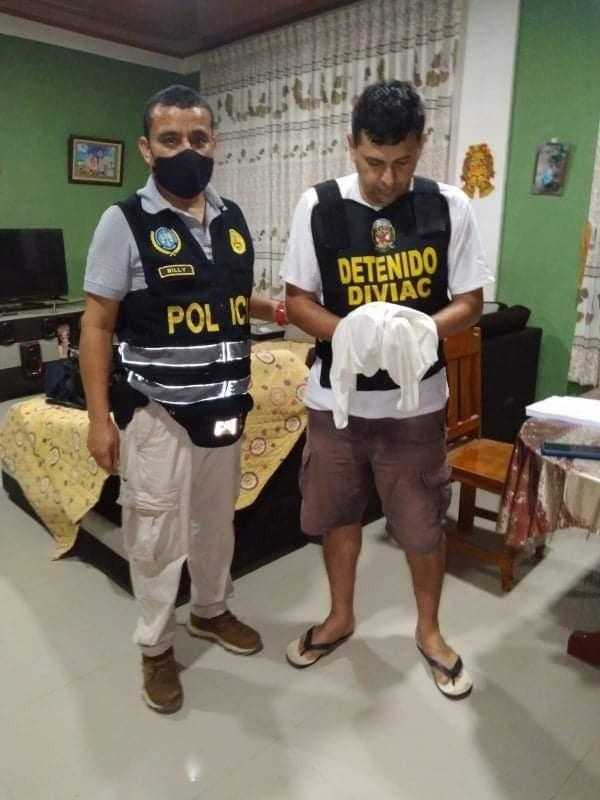 Agents from the High Complexity Investigation Division (Diviac) and representatives of the Public Ministry raided the home of the regional governor of Madre de Dios, Luis Hidalgo Okimura, a journalist, his advisor Palmer Pastor and of other people, in the investigation of the case called “The Hostiles of the Amazon.”

The prosecution accuses Hidalgo Okimura of having favored a Chinese conglomerate of logging companies represented, among others, by Xiaodong Ji, in order to obtain forest rights in exchange for benefits from the “sponsorship” for a trip that the regional governor made to China in 2019 and the delivery of “donations” to officials of the Forest and Wildlife Management.

As part of the investigation, a preliminary arrest has been issued for the governor’s main adviser, Palmer Pastor Velásquez, who is a fugitive, and whose house was searched.

The logging businessman, Cristian Stapelfeld Ayasajag, and the former manager of the Regional Forestry and Wildlife Management, Harry Pinchi del Aguila, were also arrested on a preliminary basis, reported the prosecutor Dionicio Rumualdo Quicaño Quispe, from the first office of the Specialized Prosecutor’s Office for Crimes of Corruption of Officials of Madre de Dios.

In addition, the prosecution intervened the headquarters of the Regional Government of Madre de Dios and arrested two officials linked to this criminal organization.

Former Mayor of Olmos behind bars

On the other hand, the former district mayor of Olmos, in Lambayeque, Wiily Serrato, was arrested yesterday afternoon at his home after receiving an effective 36-month prison for the crime of simple effective collusion. The Prosecutor’s Office accused him of heading a criminal organization dedicated to directing works and bidding processes, with which he obtained millions of soles to the detriment of the municipality during 2019.

Police agents arrived at the house located in the Ana de los Ángeles urbanization, in Chiclayo, and arrested Serrato, where he had been under house arrest since June 2020 for the case ‘Los Faenones de Olmos’.