To lower inflation, the Government seeks to freeze the prices of 900 products until January 7 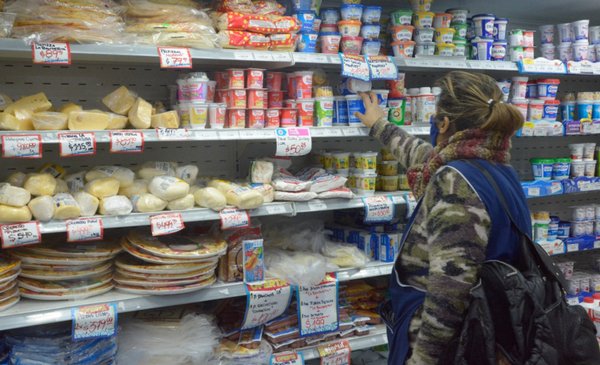 The Government seeks a price freeze of 900 products for three months to curb inflation.

The measure was known after the meeting of the Secretary of Domestic Trade, Roberto Feletti, with manufacturers of food and consumer products. This is Feletti’s first activity as Secretary of Commerce, where he came to replace Paula Español.

There, the official asked the executives not to raise until January 7.

The meeting was attended by companies producing food, cleaning supplies and personal hygiene such as Arcor, Molinos, La Serenísima and Mondelez, among others. There are about 30 companies that, due to their weight in each of the areas, are the ones that concentrate most of the supply of products for mass consumption.

The request to freeze prices came a day before the official inflation data for September was released, which would be 2.8%. This would cut the downward trend in the cost of living increase, which last month was 2.5%.

Business sources commented that the official conveyed to them the intention of “a voluntary agreement” to keep the values ​​of food, beverages and cleaning and personal hygiene products unchanged, both in the Price Care program (whose quarterly renewal is pending since last week) as well as other most popular items.

The intention of the Government is that the prices are those that were in force as of last October 1 and that they remain unchanged until next January 7.

Feletti will meet this Wednesday also with the chambers that group supermarkets, wholesalers and warehouses. Among them, the United Supermarket Association (ASU), which brings together the largest chains; the Argentine Chamber of Supermarkets (CAS), which groups together the interior chains and smaller ones; Argentine Federation of Supermarkets and Self-services (Fasa); the Argentine Chamber of Distributors and Self-Service Wholesalers (Cadam) and the Federation of Warehouses. (TN and Infobae)

France faces mounting embarrassment for its positions on human rights in Bahrain, and MPs are escalating against Macron’s administration