Tunisia .. “Saeed” renews his warnings to speculators and monopolists – (video) 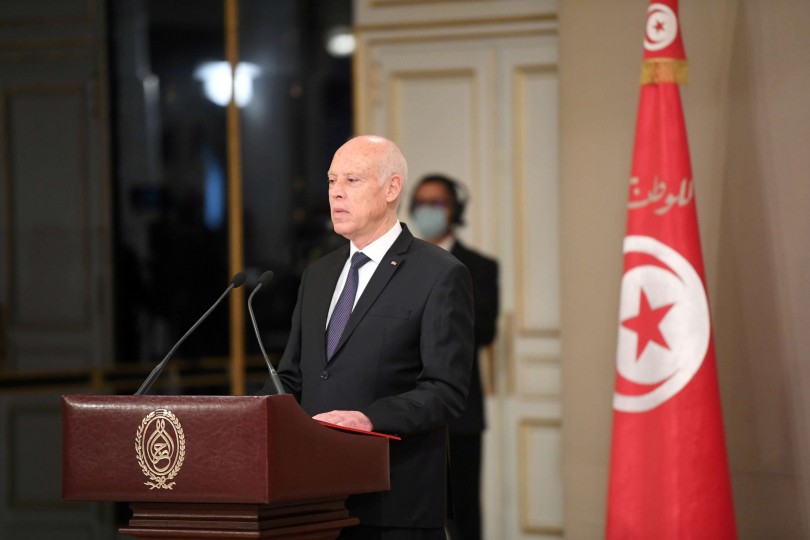 Tunisia: Tunisian President Kais Saied renewed, on Wednesday, his warnings to speculators, monopolists and lobbies against “continuing to abuse the people and their ability,” again vowing to “chase them and pay them the price for their actions.”

This came, on Wednesday, when Saeed received Interior Minister Tawfiq Sharaf El-Din and Minister of Trade and Export Development Fadela Rabhi, who are in charge of the new government headed by Najla Boden, according to a video clip broadcast by the Tunisian Presidency on its official Facebook page.

The Tunisian president threatened speculators, monopolists, and lobbies, saying that they would “pay the price for their abuse of the people, and their tampering with their power because of his revolution aimed at ending these manifestations.”

Saeed called on the Minister of Commerce to “adopt the law to confront monopolists and speculators, and the security authorities will find support to enforce their decisions, so that the people do not continue to starve,” according to the same source.

He added, “The judiciary and honorable judges must play their role to the fullest in confronting the practices of those who wreak havoc and try to starve Tunisians,” describing those concerned as “criminals.”

Saeed pointed out that “the people have suffered a lot to live in dignity. All aspects of life are affected, including health, transportation, and the rest of the aspects of life controlled by these people (describing them as pressure groups and lobbies).”

He continued, “I call on the local communities (municipalities) to be honest in the confidence that the people have given them, and they must play their full roles without failing (…) so that a day will come when we will save our country and our people, and his hopes for freedom, dignity and work will be fulfilled.”

The Tunisian economy recorded a sharp contraction of 8.8% in 2020 under the pressure of the Corona pandemic.

The Tunisian government expects a growth of 3.9 percent this year, while the International Monetary Fund expects a growth of 3.2 percent, but experts are skeptical of achieving either of the two rates, with the worsening economic conditions in light of the political crisis the country is going through.