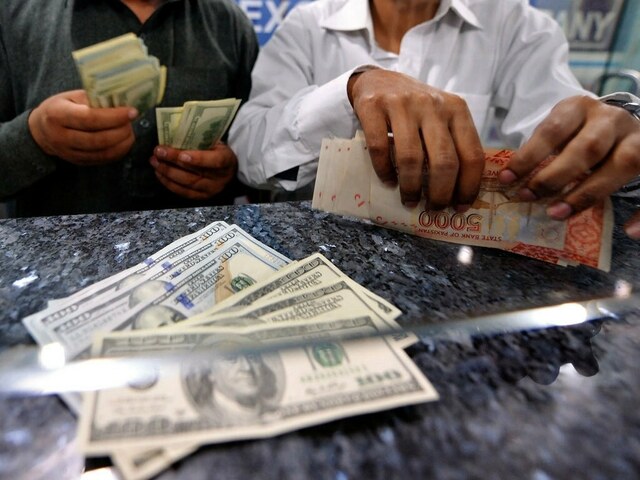 The Pakistani rupee rose against the US dollar following the resumption of the long-awaited International Monetary Fund (IMF) program and hovered around 219-220 on the interbank exchanges on Tuesday.

Late on Monday night, the IMF finally resumed its Enhanced Financing Program (EFF) for Pakistan as its Executive Board approved the disbursement of $1.1 billion for the seventh and eighth tranches.

In addition, to support program implementation and meet financing needs in fiscal year 2023, as well as to stimulate additional financing, the IMF Board approved the extension of the EFF until the end of June 2023 and increased access by SDR 720 million. this would increase total access under the EFF to approximately $7 billion.

The Board met on Monday to consider the combined seventh and eighth reviews of Pakistan under the Enhanced Financing Facility (EFF); request for waiver of non-compliance with performance criteria and expansion, expansion and change of access phases.

Once approved by the Council, Pakistan will receive about $1.1 billion, bringing the budget support purchases under the deal to about $3.9 billion, the IMF said.

Economic experts have called a revival of the IMF program crucial for Pakistan’s cash-strapped economy, which continues to struggle with dwindling foreign reserves and high inflation.

“We believe that more dollar financing for Pakistan from bilateral, multilateral and other sources is likely following IMF approval, which will support foreign exchange reserves,” Topline Securities said in a report on Tuesday.

“It will also bring stability to the currency, which has recently come under pressure due to the uncertainty of the IMF program, especially after the differences between the federal and provincial governments,” it added.

Globally, the dollar fell on Tuesday after the euro recovered, hitting a two-decade high against its major peers. The dollar index, which measures the greenback against a basket of six currencies, was at 108.65.

Meanwhile, oil prices, a key driver of currency parity, fell on Tuesday, paring some gains from the previous session as the market worried that more aggressive interest rate hikes by central banks could lead to a global economic slowdown and soften fuel demand.

This is an update throughout the day

Rajbhar to leave BJP again in UP! The deputy...