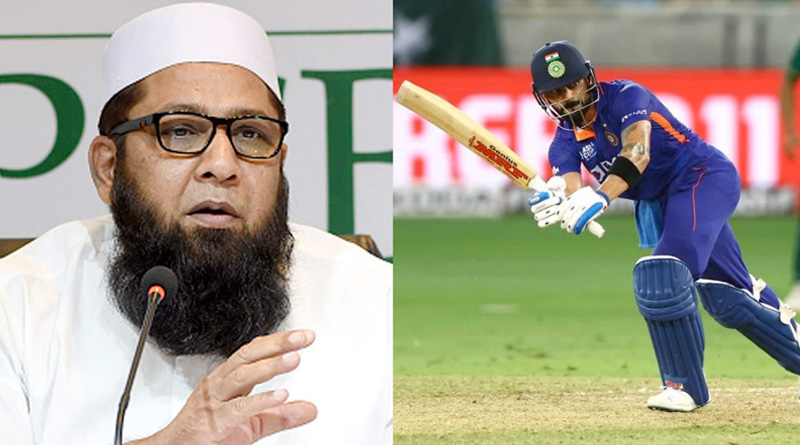 News Daily Digital Desk: Virat Kohli returned to the field against Pakistan (India vs Pakistan) after some rest. But after seeing his shots, I didn’t feel at all, Virat is hitting confidently. The former India captain was out for just 35 runs after playing 34 balls in a high tension match. Several former cricketers also questioned his shot selection. This time, former Pakistan captain Inzamam Ul Haq (Inzamam Ul Haq) is worried about Kohli’s (Virat Kohli) batting failure.

According to Inji, even after 34 overs, Virat didn’t seem confident. He said, “I think there was a lot of pressure on Virat against Pak. Usually, once the dough has set, it is very difficult to remove. But Virat didn’t look confident at all, even though he was fired up yesterday. I was very surprised to see that.”

But Inzamam is not alone, Indian legend Sunil Gavaskar has also criticized Virat’s batting. He said, “In the match against Pak, luck was on Virat’s side. A couple of catches, the ball almost goes around the stumps. Taking advantage of this opportunity, the recruitment became huge. But even then, Virat wriggled out with an absolutely terrifying knock. At that time of the innings, there was no need to play such shots.”

However, Pakistan head coach Saqleen Mushtaq stands by Virat’s side. He said, “I saw Virat a day before the match. But the way he walks, it doesn’t look like he’s struggling with form. I believe Virat will return to his glory days.

Inzamam praised the Indian batting middle order. He said, “India’s middle and lower order batting is very strong. This is why India is way ahead of the rest of the teams in the Asia Cup. But it was a wrong decision for India to drop Dinesh Karthik instead of Rishabh Pant. Hardik, Jadeja, Pant – these three can bat devastatingly and win the match.” Inzamam believes that the management of the Pakistan team also needs to strengthen the middle order.

Recession, opportunity to earn in the shadow of recession! ...

A gunman attacked a kindergarten in Thailand, killing at least...

Imran Khan’s birthday cake is made by a bakery and...

Recession, opportunity to earn in the shadow of recession! ...

A gunman attacked a kindergarten in Thailand, killing at least...

Imran Khan’s birthday cake is made by a bakery and...