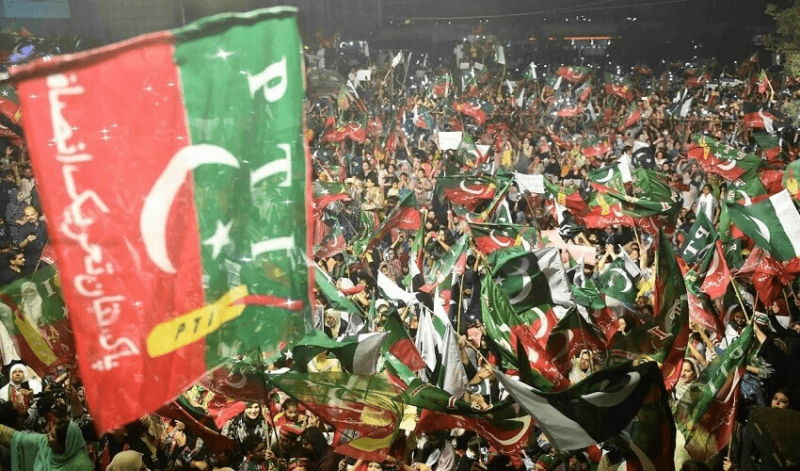 The Islamabad administration began considering canceling the NOC due to PTI’s failure to implement the stipulated conditions.

The Deputy Commissioner (DC) Islamabad had given permission to the Tehreek-e-Insaf to hold a one-day rally with 56 conditions and said the meeting hall would have to be vacated on the night of the 26th in view of the England cricket team’s arrival on November 27.

But now the administration has started considering canceling the NOC issued to Tehreek-e-Insaf for not implementing the stipulated conditions.

The DC said the administration had given permission to PTI subject to implementation of 56 conditions.

According to the notification of NOC issued by DC Islamabad to Tehreek-e-Insaf, in view of the threats to Imran Khan’s life, the arrival and departure of the meeting hall will not be done other than the planned routes, while keeping a bullet. proof lectern on stage. Orders have also been given, there will be no display of weapons, speeches against the judiciary and other institutions during the rally.

The notice issued by the DC further said that there will be no incitement to religious sentiments and no talk against any group, loudspeakers will be used only at fixed times, searches will be conducted during movement of people, presence on stage. The names of the speakers and other details must be informed in advance to the administration.

Further, Imran Khan will not use a sunroof vehicle in the rally, while the PTI chairman will use the route decided by the administration and security agencies. In this regard, orders have been issued to the Rawalpindi Police to take security measures for the rally.

The management of the meeting is responsible for any loss of life during the meeting. No worker will stay in Allama Iqbal Park after the rally is over.

St. Edward’s crown moved from the Tower of London to...