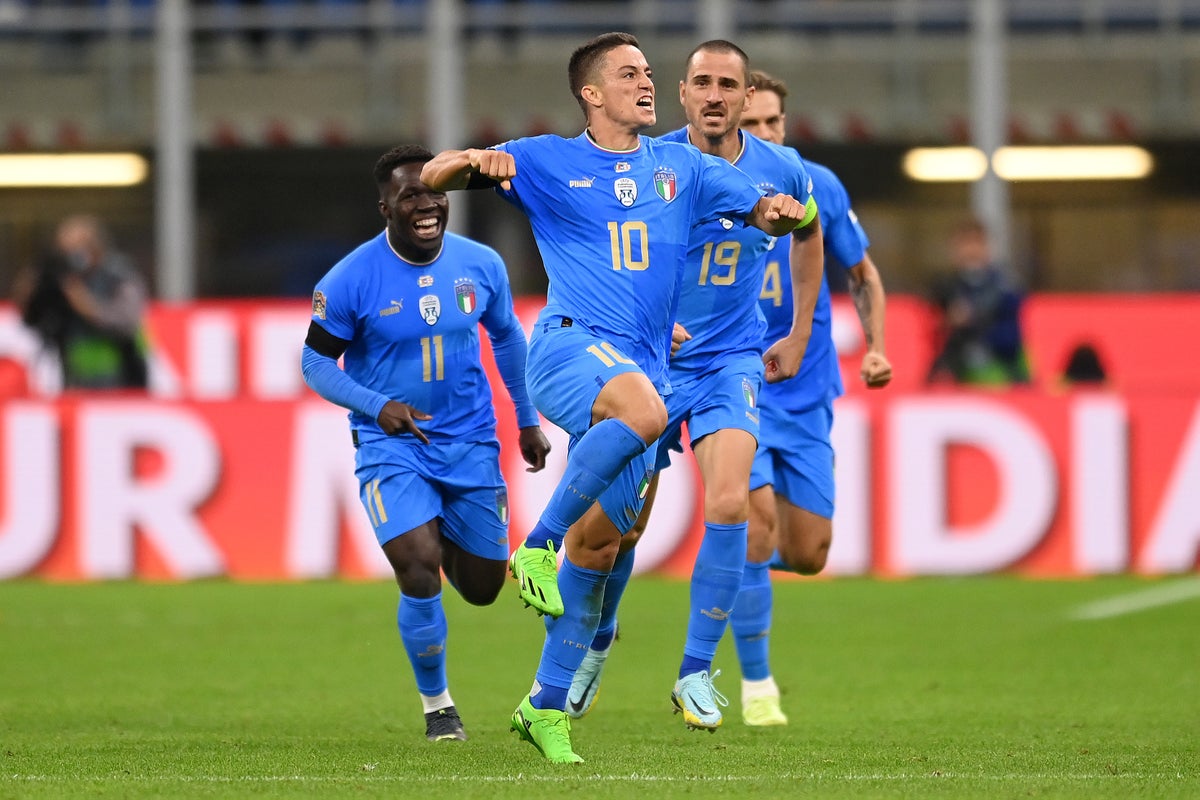 “It’s so surreal, it’s such a privilege,” England striker Tony on his first call-up

England look to avoid relegation in the Nations League when they take on Italy at the San Siro tonight. After damaging defeats to Hungary in June, as well as draws against Italy and Germany, the Three Lions sit bottom of Group 3 at the international break with just two points. They sit three points behind their opponents tonight and defeat tonight means Gareth Southgate’s men will be relegated to League B.

Adding to the equation, those two Nations League matches – with England also playing Germany on Monday night – are Southgate’s last opportunity to get a feel for his squad before the World Cup kicks off in Qatar later this year.

The squad the England boss decides to field tonight will be a demonstration of his priorities as a strong squad of experienced first-choices will show the value he places on being in the top tier of the Nations League. On the other hand, with the World Cup just two games away, Southgate may decide to give playing time to players looking for starting cards, such as Ivan Toni, who could make his national team debut.

Follow all the action at the San Siro as Italy host England in the Nations League:

71 mins: Jack Grealish and Luke Shaw are brought on by Gareth Southgate in what will be a change in formation. Kyle Walker and Bukayo Saka were replaced as England moved into the back four.

Will these changes bring England to life?

68 minutes: What’s over! The ball goes to Giacomo Raspadori whose first touch is exceptional. He brings it down and turns inside Kyle Walker, who drops and leaves the striker with space in the box.

Raspadori takes his time, rolls the ball into space, then heads it into the bottom corner! Nick Pope has no chance and Italy take the lead.

63 mins: Harry Maguire gets the wrong side of Giovanni Di Lorenzo and pushes over as Bryan Cristante slips the ball past Raheem Sterling on Italy’s right.

Italy’s free-kick is well saved by Kyle Walker but his clearance gives the ball back to the home side and Di Lorenzo’s repeated effort is saved by Nick Pope.

60 minutes: Close! Bellingham breaks the line again after receiving a pass from Foden. He moves up the pitch and slips the ball to Kane on the right. Kane’s low cross curls towards Raheem Sterling from the six-yard box, but Rafael Toloi gets a leg out and heads it wide of the goal.

57 mins: England give the ball away but Scamacca is in trouble and under pressure from Jude Bellingham can’t hold the ball.

England are awarded a free-kick but there is a bit of a sting in this match as the challenges become more physical.

54 mins: Toloi and Kane come together for a corner, the defender heads Kane on the chin as the England captain goes over him. Kane’s nose is bleeding a little, but he better keep going.

51 mins: England need more awareness in the final third. After a quick counter-attack, Harry Kane slides into the left side of the box and Phil Foden swings the ball into space on the other side of the box.

Kane is forced wide by Bonucci, who then blocks his shot as it goes inside. Corner to England.

48 mins: Dimarco crosses in the England goal but can’t pick out a team-mate. Jude Bellingham wins the ball in the middle of the pitch and plays it to Sterling who drives it into the box.

He goes beyond Bonucci but is brought down by the centre-back, who has already picked up a yellow card.

Initiation: You need a goal to run this game. Gareth Southgate made no changes at half-time. Italy gets the ball rolling in the second half.

On Tuesday evening, Gareth Southgate called up the England squad for the first proper meeting since the humiliation in Hungary. He didn’t need to say after that that every minute counts because all the players know that.

They understand that things must be different from June. The England coach, for his part, would prefer many things to be different now.

In this kind of weather – in the middle of fashion week – it’s hard to complain about a trip to Milan, but Southgate could really do with 10 days and perhaps more forgiving facilities. This is what World Cup training camps usually look like, with managers trying to create the right atmosphere. However, it represents.

The Nations League fixtures against Italy and Germany come as the England boss balances World Cup preparations with the need for results after a disastrous June.