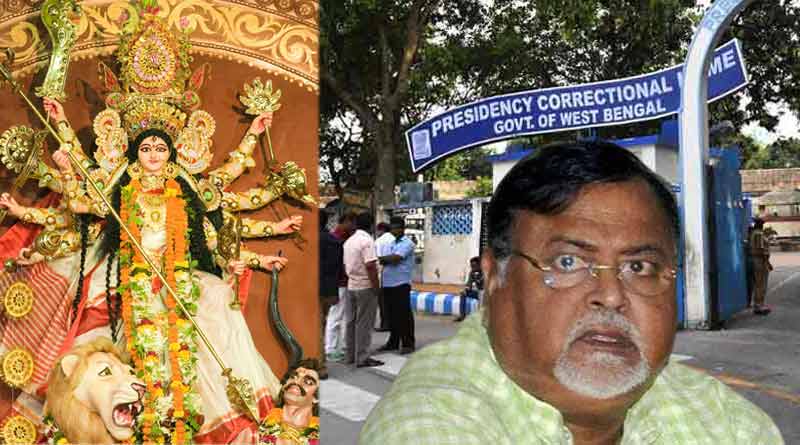 News Daily Digital Desk: For so long, he was in charge of Durga Puja at famous clubs in Kolkata like Naktala Udayan Sangh. However, he could not take up the responsibility of Durga Puja for the first time. Instead, the former state minister should remain in prison. The current residence of the Naktala resident is the President’s Correctional Institution. Getting into the car in front of the jail, the former minister wished everyone a Puja.

He was brought to the special CBI court in Alipore from the Nizam Palace on Wednesday. On this day, Sankhaya was sent from the court to the correctional institution under the President. The former state minister will have to stay there until October 5. While getting into the car on the way to court, he stopped to answer questions from reporters. He said, “Welcome everyone to the puja.” Journalists asked how the body was. But Partha Chatterjee did not answer this question.

Partha Chatterjee was arrested in the last week of July for the SSC scam. He was caught by ED. His “closer” Arpita Mukherjee was also arrested. In the ED charge sheet, Apa mentioned total assets of Tk 103 crore. The theory of “intimacy” is also closed. The ED cited several facts in the charge sheet to prove the proximity of the two. Perth took Arpita to Singapore and Bangkok at his own expense. ED claims Parth and Arpita went to Goa and stayed in luxury hotels.

The charge sheet also mentions that Arpita wanted to adopt the child. Parth gave a certificate of consent, calling himself a close relative. According to sources, Arpita was pointing fingers at Partha Chatterjee in the entire incident. He also said he also asked to be a royal witness.

Rajbhar to leave BJP again in UP! The deputy...