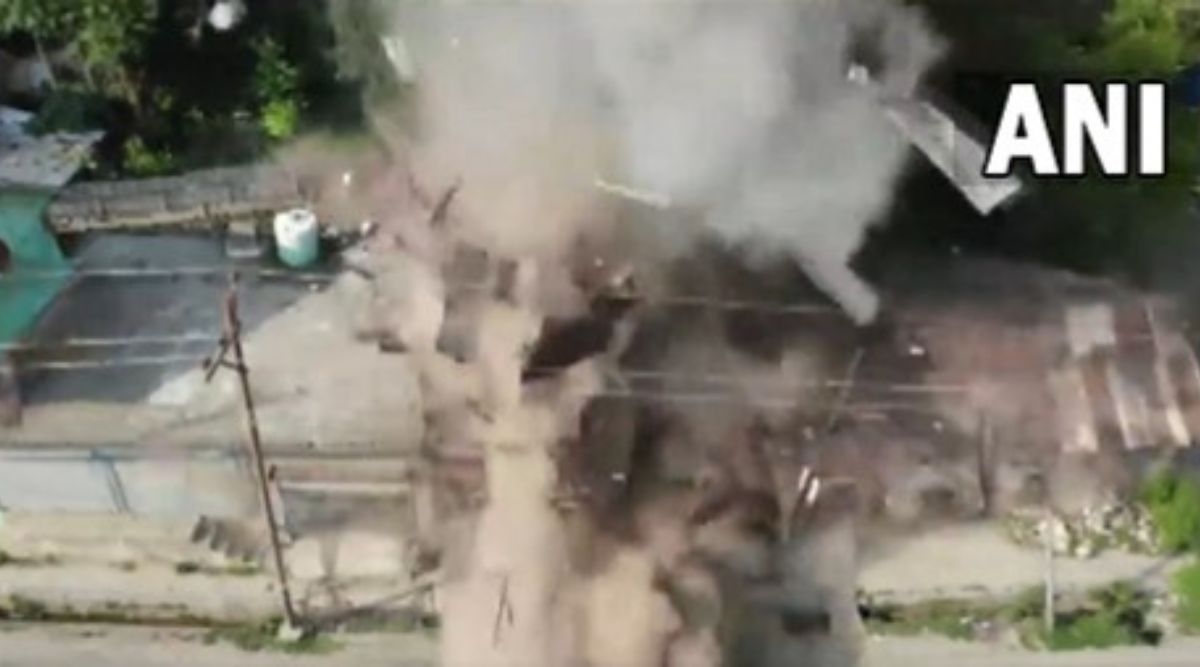 Security forces today destroyed a terrorist hideout in Jammu and Kashmir’s Bandipora district. The forces carried out the operation after the arrest of a Lashkar-e-Taiba terrorist in Nadihal area of ​​Bandipora. Drone footage of the operation showed a building in Bandipora being blown up. A user named Sunil Singh Vishen (@sunilsingh47) wrote – What a scene…Jai Hind!

Based on his disclosure, three AK rifles, 10 magazines, 380 rounds, two kilograms of explosive material and one Chinese grenade, including incriminating material, arms and ammunition, were seized, the official said.