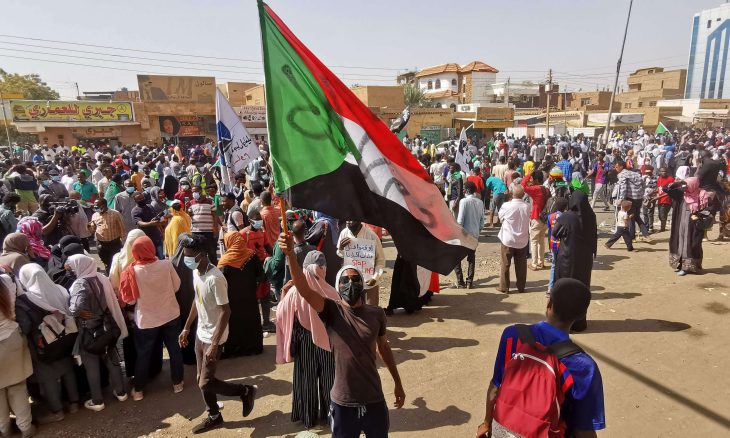 Khartoum: The “Coordination of the Khartoum Resistance Committees” accused, on Saturday, Sudanese security forces of “kidnapping a number of protestors and their companions during the “attack” on a hospital in the capital.

The coordination (neighborhood activists) said in a statement: “Today, elements of the coup forces attacked and attacked the Royal Care Hospital (private) in the Burri area of ​​Khartoum and kidnapped a number of the injured and their companions in a barbaric and barbaric manner that does not take into account the health condition of the injured.”

The statement added, “Those who committed this crime were elements in civilian clothes and cars without number plates,” noting that “the kidnappers were taken to an unknown location.”

He considered that “the coup authority is still continuing its inhumane violations against our people, and it continues to practice its violence and arrogance in particular against the rebellious youth, in a flagrant violation of public freedoms and human rights.”

There was no immediate official comment from the Sudanese authorities regarding these accusations.

And the Central Committee of Doctors of Sudan (non-governmental) said in a statement that the demonstrations in Khartoum on Thursday “were confronted with excessive violence by the Sudanese security forces, which led to dozens of injuries with live bullets.”

On the other hand, the Sudanese police announced the killing of one of its officers during protest demonstrations in Khartoum.

These demonstrations come in light of the efforts made by the United Nations and the Intergovernmental Authority on Development in East Africa “IGAD” to facilitate dialogue between all parties to find a radical solution to the political crisis in Sudan.

Since last October 25, Sudan has witnessed protests in response to exceptional measures taken by the army chief, Abdel Fattah Al-Burhan, most notably the imposition of a state of emergency and the dissolution of the Sovereignty Councils and the transitional ministers, which political forces consider a “military coup”, in exchange for the army’s denial.