Kim Kardashian’s security prevents her ex-husband from entering her house while her new lover is with her!

Kim Kardashian’s security prevents her ex-husband from entering her house while her new lover is with her!

Rapper Kanye West has revealed that reality TV star Kim Kardashian’s home security stopped him at the gate when he tried to see his eight-year-old daughter, North. Claiming that her new boyfriend Pete Davidson was inside the house at the time.AND) 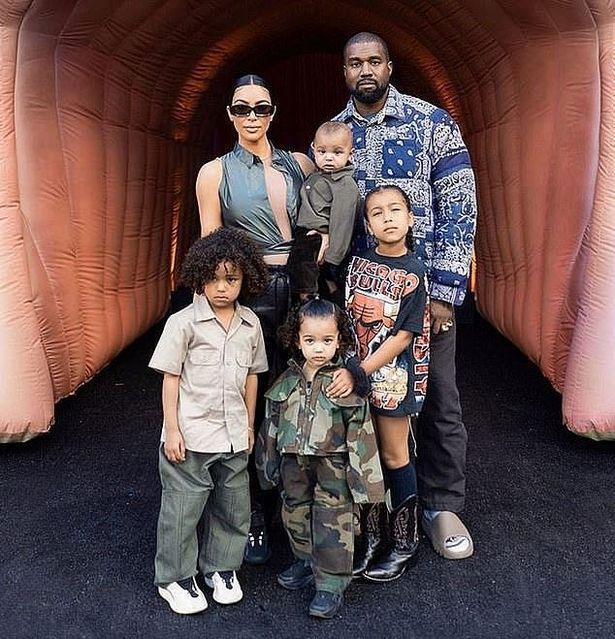 Last month, Kanye bought a house directly across from Kim, who filed for divorce after nearly seven years of marriage in February 2021.

Read also: Meet Kim Kardashian’s new lover, and the age difference between them is shocking! (photo)

In a new interview with the Hollywood Unlocked podcast, he reveals why he bought a house near his ex-wife Kim Kardashian’s saying, “Nothing is going to keep me away from my kids.”

A source also told the site (TMZ) that all Kim asked Kanye to do was call ahead when he wanted to come to her house to see the kids; Because she simply wants to protect her right to privacy. According to the source

“On Monday, when I went to pick up my kids from school, security stopped me at the gate,” West continued. He added, “The security was between me and my children. This is not going to happen.”

“I didn’t want to argue about it,” West said. So I calmed down. I took my kids to school, and then I brought them back.”

He indicated that his daughter wanted him to enter. And that Kim’s new friend is already at home.

Kanye then claimed that he invited two of his ‘cousins’ to speak to security on his behalf.

Kanye said the alleged confrontation between Kardashian’s “security” and his “female cousins”; She was “non-aggressive” and that he simply wanted to pass some things on to Kim.

The photos of the duo were taken in West Hollywood, one of the areas known for its noisy nightlife.

The photos, which were published by the site, showedThe SunThe Briton, Kanye West, embraces Julia Fox, and kisses her in front of the paparazzi and others who were on the scene.

Fox was dressed in a black outfit, which consisted of leather pants with a short blouse that revealed her bottom, and gloves, and completed the look with knee-high boots.

While Julia Fox appeared on the back of the “cello” tattoo.

Julia Fox praised her new boyfriend Kanye West, calling him a “genius”. Talking about his ability to keep up with her personality.

“We get along with each other, which is great,” she said. According to the site “pagesix”

And about the nature of their relationship, she said: “At the moment, I am only living in the moment and I have no expectations. There are no labels, nothing like that. Only people make each other feel better.”

Fox and Grammy Award winner met New Year’s Eve Kanye West and they quickly fell in love with each other.

Fox recently separated from the father of her child, pilot Peter Artemyev. Claiming on Instagram in December, “This guy left me with a 5-month-old, a dog, a house, and all the bills.”

However, she explained in a podcast interview that they are in fact enjoying good relations again and that he was paying her rent without her knowledge.