Le Figaro: Putin is pushing his pawns on the African chessboard 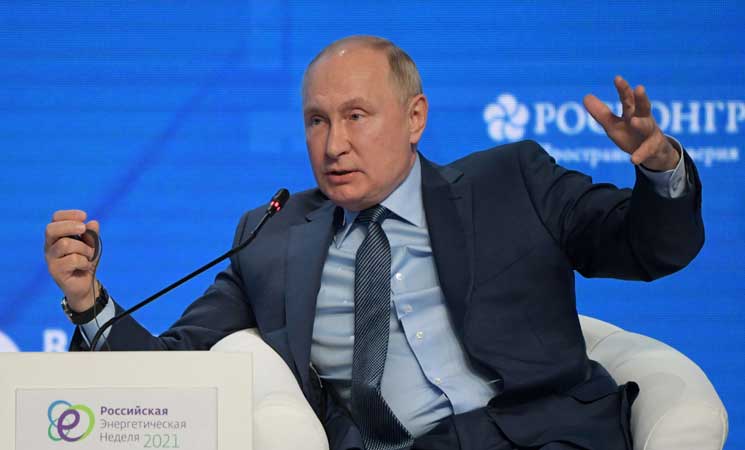 Paris – “Al-Quds Al-Arabi”: After Syria, Libya and the Central African Republic, Russian President Vladimir Putin is pushing his pawns on the African chessboard, as Moscow relies on the mercenaries of the “Wagner Group” to defend its interests, in Syria, Libya, the Central African Republic and other countries in Africa, the last of which is Financial.

“Le Figaro”, spoke of a turbulent game between the ruling military junta in Mali with the Russian mercenaries of “Ganz”; She explained that since the Reuters news agency revealed negotiations between the military council, which seized power in Mali in August last year, and the Wagner company, which is considered a hidden extension of the Kremlin, Bamako has not talked about anything more.

According to the agency, an agreement is being negotiated to send a thousand mercenaries to Mali, responsible for training the Malian armed forces, protecting the authorities and providing field support as well. In return, the private military company, founded in 2014 and funded by a Kremlin confidant, will receive 9.15 million euros per month and access to three mines, including two for gold, in Mali. An arrangement that was not surprising – Le Figaro says, as it appears to be close to the arrangement used in the Central African Republic, where Wagner’s forces have been since 2018.

According to several sources, there is ambiguity, as the agreement between Wagner and Mali will not actually be a single agreement, but rather a memorandum of understanding in preparation for the contract. The text was reportedly signed in early September after Defense Minister Sadio Camara’s visit to Moscow.

Far from Bangui, where the rebellion had always been relatively weak, Russian mercenaries encountered more determined and better-armed opponents. In Libya, in 2019, they could not tell the difference in the outskirts of Tripoli, where they were supporting the forces of Field Marshal Haftar.

In the fall of 2019, the operation launched in Mozambique against the Islamist groups then occupying Cabo Delgado, in the far north of the country, ended in failure. Wagner was replaced by South African companies and then by the Rwandan army.

Le Figaro went on to say that Wagner’s influence is being felt in Mali and has already spread clear tensions between Bamako and Paris, which is preparing to reduce its forces in Mali. France has many fears in Mali not to take a dim view of the arrival of these mercenaries accused of abuses almost everywhere, from Ukraine to Syria, from Libya to the Central African Republic.

While Paris seeks to reduce the size of Operation Barkhane by halving its soldiers by 2023, there is reason to be impatient with the stalemate of Bamako’s leaders, who are more preoccupied with severe military coups than restoring the state’s presence in the jihadists’ deserted lands. France asserts that the presence of “Wagner” in Mali would be “incompatible” with the presence of its soldiers.

Le Figaro continues to say that this “quarrel” over Wagner comes at a crucial moment, since according to the agreement reached with the Economic Community of West African States, the interim government in Mali should, in theory, hold elections next February. However, the financial authorities have already indicated that this will not happen.

Le Figaro quotes a Mali opponent as saying, “It is clear that they are looking to hold on to power for a longer period, even if that means backtracking on their commitments. Moreover, one of Wagner’s roles is to ensure the safety of the authorities.”