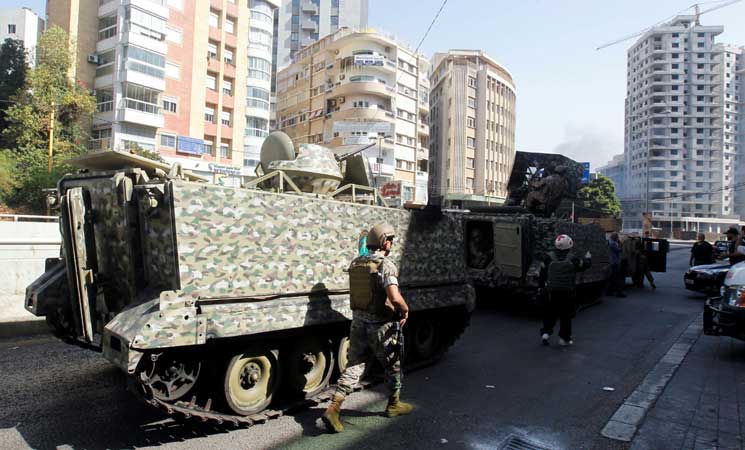 Beirut – “Al-Quds Al-Arabi”: Lebanese Interior Minister Bassam Mawlawi announced that 6 people were killed and 16 wounded in a shooting in the capital, Beirut, Thursday, during protests to demand the departure of the judicial investigator in the file of the Beirut port explosion, Judge Tariq Al-Bitar.

Moloy said, in a press conference after the extraordinary meeting of the Central Security Council on Thursday, that “the problem started with shooting, through sniping, and the first person was wounded in the head, and this matter is unacceptable, and shooting in the heads is a very dangerous matter.”

He added that “civil peace is not for manipulation,” stressing “the necessity of taking all measures,” and asking the media to help “broadcast the correct news.”

He stressed that “the situation is not in anyone’s interest to escape,” declaring that “all agencies are doing their part to move to the stage of arrests so that the law takes its course.”

Moloy said, “The organizers of the demonstration assured us that it was peaceful, and the crime that took place was the use of sniping, and we were surprised by a dangerous thing, which is shooting in the heads.”

He declared, “We will ask the politicians to take the necessary measures in and outside of politics to control the situation, because escaping it is not in anyone’s interest.” 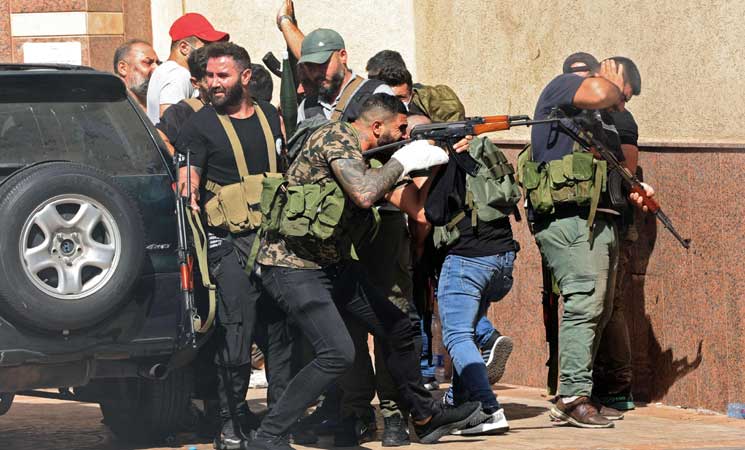 The National News Agency reported that heavy gunfire resumed between the areas of Ain Al-Rummaneh and Al-Shiah, noting that the Civil Defense evacuated a number of families trapped in one of the buildings, which was exposed to heavy fire in Tayouneh.

The Intelligence Directorate of the Lebanese Army, commissioned and directly supervised by the government commissioner to the military court, Judge Fadi Akiki, began conducting field investigations into the clashes taking place in the Tayouneh area, identifying and arresting the gunmen who participated in the shooting and caused civilian casualties and wounded. 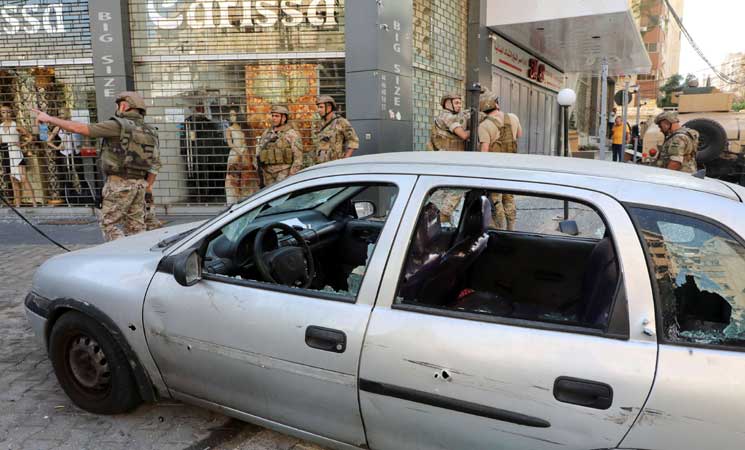 For its part, the Lebanese presidency announced that the President of the Republic, Michel Aoun, had contacts with Prime Minister Najib Mikati, the Ministers of Defense and Interior, and the Army Commander, and followed up with them the developments of the security situation in light of the events that occurred in the Tayouneh area and its suburbs, in order to address the situation in preparation for the necessary action and restore calm to the region.

President Mikati also called on everyone “to remain calm and not be drawn into sedition for any reason.” He followed up with the Armed Forces Commander General Joseph Aoun the measures taken by the army to control the situation in the Tayouneh-Adliya area and arrest the perpetrators of the attack that led to injuries. He also contacted Parliament Speaker Nabih Berri for the same purpose. An emergency meeting of the Central Security Council was held to discuss the situation.

As for the Lebanese army, it pointed out, in a statement, that protesters headed to the Adliya area and were exposed to bursts of fire in the Tayouneh area – Badaro.

And in another tweet of the army on Twitter, he stated that “the deployed army units will shoot at any armed man on the roads and at anyone who shoots from anywhere else and asks civilians to evacuate the streets.” 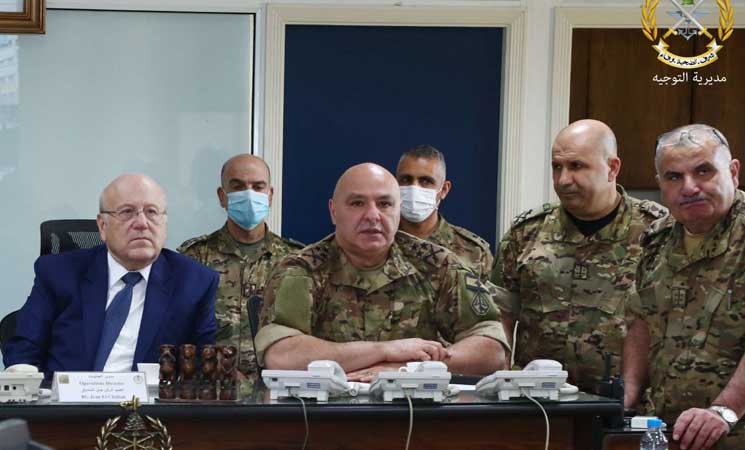 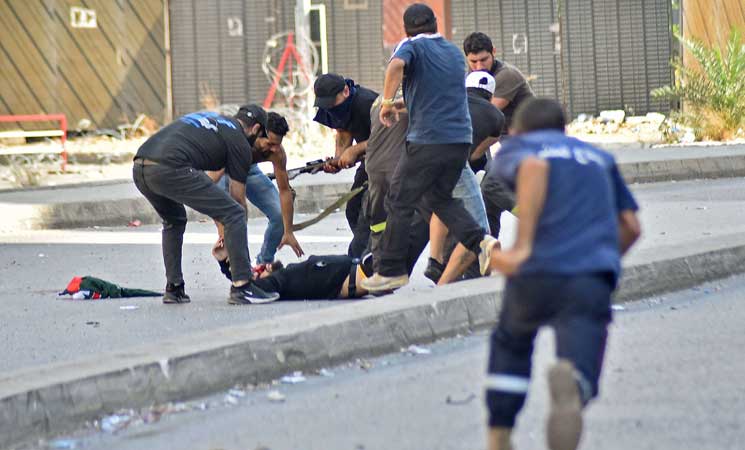 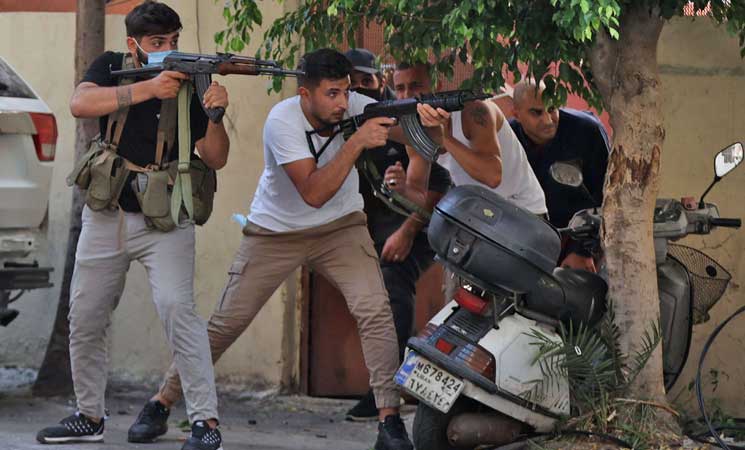 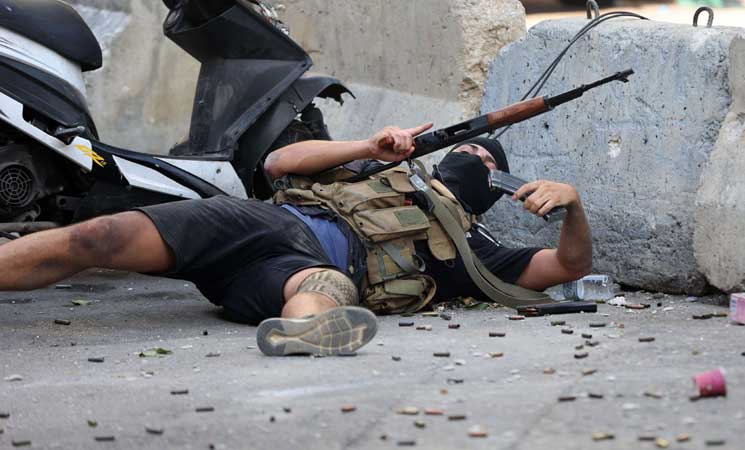 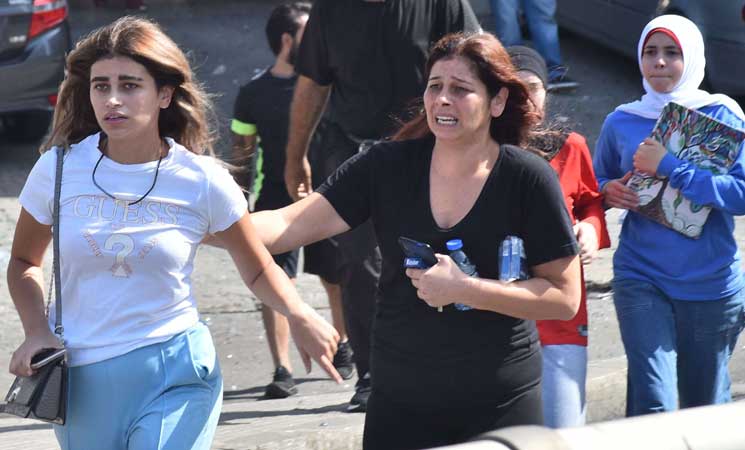 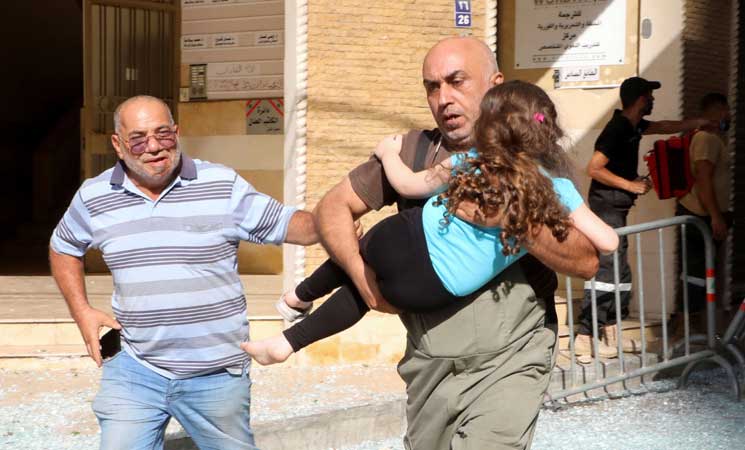