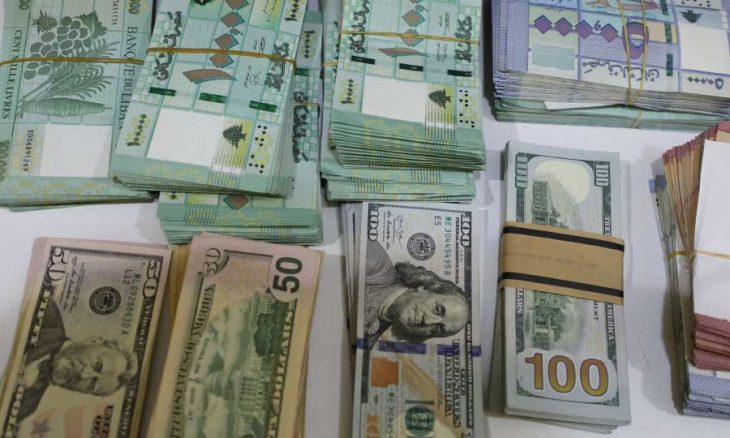 Beirut – Agencies: Lebanon and the “International Monetary Fund” will start online talks today, Monday, with the aim of reaching an initial agreement with the fund to obtain financial support to save it from a severe economic and financial crisis that has afflicted the country since late 2019. The fund said in December that it was assessing The accuracy and effects of losses of $69 billion announced by Lebanese officials, losses in the country’s financial system. However, a plan has not yet been revealed that defines how to deal with these losses and how to determine who will bear them.
Disagreements in Lebanon over the size of the losses and how they are distributed caused the collapse of talks with the IMF in 2020. At the time, the central bank, banks and the political elite rejected the figures included in a government plan, supported by the IMF at the time, regarding these losses.

Lebanese Prime Minister Najib Mikati said last September that his government’s financial recovery plan would include a fair distribution of the losses incurred by the financial system, but the government has not met since October. The Lebanese government is holding a meeting today, Monday, to discuss the 2022 budget, but no details regarding the recovery plan have been revealed.

The most important conditions for its success: economic reform that includes settling the losses of the financial sector

The Lebanese financial system collapsed in 2019 after decades of corruption and waste in the state, and under the weight of unsustainable financing methods for the public budget. This was the result of a slowdown in hard currency inflows into the banking system, which overlented the government.
Political sources say that many of the reforms that the International Monetary Fund may demand, including reducing subsidies and unifying the multiple exchange rates in the chaotic Lebanese financial system, have become a reality with the scarcity of hard currency.
Yesterday, the Lebanese Economy Minister, Amin Salam, said that “negotiations will start after preparatory discussions have been completed on the figures requested by the International Monetary Fund, regarding the size of losses in the financial and banking sectors, or the so-called financial gap.”
He pointed out that the borrowing program from the IMF in the first stage, if completed, will allocate between 3 and 4 billion dollars. He did not rule out expanding the program at a later time and increasing the value of funding from the fund. “This is related to the extent to which the government implements its obligations to the fund,” he said.
Lebanon had started discussions with the International Monetary Fund on an aid program in May 2020, but they were frozen in August of the same year, before starting again in early October 2021, after the formation of a new government headed by Najib Mikati. And last Wednesday, the “International Support Group for Lebanon”, which includes the United Nations and the governments of several countries, said that approving the budget in Lebanon would “pave the way for reaching an agreement with the International Monetary Fund.”
And in mid-December, the Director of Communications at the International Monetary Fund, Jerry Rice, said in press statements that any strategy to deal with losses estimated by the Lebanese government must intersect with the implementation of reforms to restore confidence and enhance transparency and governance. Salam said in an interview yesterday that the government has completed the economic recovery plan, and its implementation will begin next March, in light of the draft general budget. The new budget includes “a lot of numbers and details that the recovery plan needs, and it will form a vision for the next economic phase,” according to Salam. He added, “The budget also includes projects to reactivate the vital sectors, especially the energy sector, transportation, communications and the Internet, as well as public utilities such as the port of Beirut and the airport and other projects.”
And an official Lebanese source had said last Friday that Lebanon will apply an exchange rate between 15 and 20 thousand pounds to the dollar for operating expenses in the draft budget for 2022, in a move that moves far away from the official rate used previously, which is 1500 pounds.
The Lebanese pound has lost more than 90 percent of its value since the country descended into a financial crisis in 2019. The official exchange rate is still 1,500 pounds to the dollar, while the pound is being exchanged in the parallel market at 23 thousand to the dollar. Lebanon is highly dependent on imports, including fuel for the state-run Electricite du Liban.

The unification of the multiple exchange rate currently used in Lebanon is one of the recommendations of the International Monetary Fund delegation, which said that it hopes to sign a preliminary agreement between January and February.
A copy of the draft budget seen by Reuters included projected revenues of 39.15 trillion lira and expected spending of 49.42 trillion liras. It also expected a deficit rate of 20.8%.
Lebanon is in the midst of one of the most severe economic recessions in the world, according to the World Bank.
“It appears that Lebanon’s budget is a stand-alone document at a time when the country needs a broader economic stabilization plan,” said Mike Azar, a financial advisor and former economics professor at Johns Hopkins University. “Understanding the government’s plan regarding the future monetary policy and restructuring the financial system and the central bank are pivotal aspects that we do not have any information on so far,” he said.
The draft budget included an advance to Electricité du Liban with a maximum of 5.25 trillion pounds. According to the draft, the advance will be provided to pay the deficit of fuel purchases, interest and loan installments.
Electricity in Lebanon cost the public treasury billions of dollars for years, adding to the mountain of debts that pushed Lebanon into a severe financial crisis. The electricity currently available is only enough for a few hours yesterday, at best.
In another context, the Minister of Economy announced the completion of evacuating the perimeter of the grain silos in the port of Beirut, which were destroyed by the explosion of August 4, 2020, in preparation for their demolition and then rebuilding. He pointed out that the work of removing and treating tons of wheat and corn, which had been scattered around the silos since the explosion, has been completed, “to begin soon the phase of demolishing the building, which dates back to 1969, with a capacity of 120 thousand tons. This will be followed by the reconstruction phase, according to Salam, with the financing of a grant provided by the Kuwait Fund for Economic Development, amounting to about $22 million. The port explosion killed more than 200 people and injured about 7,000 others, in addition to massive material damage that affected large areas of the Lebanese capital.

Major: Adivi Shesh made a big disclosure about the film, after the epidemic, the audience will be able to watch this film at the...

Today Horoscope 28 May 2022: These zodiac signs including Gemini may get negative news Aaj ka rashifal – Astrology in Hindi Pi News

The video of jumping on one leg and going to school is viral, the fighting student of Bihar got an artificial leg! –...