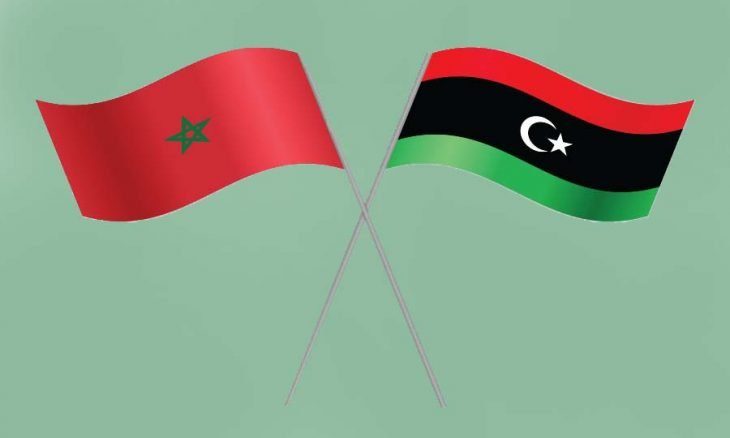 Tripoli – “Al-Quds Al-Arabi”: an important and pivotal role that Morocco has played as a major driver of the Libyan political process, after hosting a series of meetings and dialogues aimed at resolving outstanding contentious issues, especially between the House of Representatives and the Supreme Council of the State.
Over the course of the year, Morocco hosted more than 5 rounds of Libyan dialogue between the delegations of the House of Representatives and the High Council of State in the cities of Bouznika and Tangiers, during which it was agreed on a mechanism for assuming the seven sovereign positions stipulated in Article 15 of the political agreement signed in Skhirat in 2015. As well as separate meetings between each of them.
With the dispute so far between the two councils over presidential and parliamentary elections laws, sources close to the Supreme Council of State said in a statement to Al-Quds Al-Arabi that Morocco has resumed hosting a crucial round of dialogue between the delegations of the Libyan House of Representatives and the Supreme Council of State, to resolve their differences over the scheduled parliamentary and presidential election laws. On December 24, the Constitutional Rule.

According to the same sources, representatives of Parliament and the High Council of State, in their meeting in the Moroccan city of Bouznika, in the presence of the UN envoy to Libya, Jan Kubis, will discuss consensus on the constitutional basis and electoral laws, which have not yet been agreed upon, to ensure that the elections are held on time on December 24.
These disputes began after the Speaker of the House of Representatives, Aqila Saleh, issued a law to elect the president without consulting the Supreme Council of State or involving it in its preparation, as well as the adoption of the law by the Speaker of the Council without a vote of members.
And in response to the Supreme Council of State after suspending its session, about its vote of acceptance on the constitutional basis on which the presidential and parliamentary elections will be held on December 24, which it prepared through a specialized committee formed by the Council.
Article 23 of the Libyan Political Agreement signed in Skhirat, and included in the constitutional declaration, stipulates the formation of a joint committee between the State and Parliament to draft electoral legislation.
These differences have persisted and exacerbated between the two bodies until now, and with the approach of the Libyan elections, warnings multiplied about the use of separate law proposals issued by the two bodies to obstruct the holding of the elections.

Member of the Supreme Council of State, Mansour Al-Hasadi, said that the meeting of Morocco, which will bring together two committees from the House of Representatives and the State, is a last-opportunity meeting.
Al-Hasadi called on the committees of both houses to agree on the constitutional rule and the parliamentary and presidential elections laws, not to waste them, and to ensure what he called an “honorable exit.”
In conclusion, the member of the State Council called on the two councils to commit to holding the elections on time and handing over power democratically, hoping that the existing opportunity would not fade away like its predecessors, saying at the same time that the Libyans must find an alternative in the event that the two councils do not agree and bypass them to move towards holding the elections on time next December, according to his expression.

As for the member of the Supreme Council of State, Abdul Qadir Huwaili, he said in press statements that they absolutely reject the adoption of the “flawed” president election law, which the Speaker of the House of Representatives announced to adopt.

Huwaili added, in a press statement, that the Supreme Council of State will not accept discussion with the House of Representatives in a complete package, including the constitutional rule and the parliamentary and presidential elections law.

Earlier, 22 deputies in the Libyan House of Representatives signed a paper in which they expressed their astonishment at the failure to vote on the draft law on the election of the head of state, stressing that this is a violation of regulations, and an obstruction to the elections.

In view of the correctness of the law, all actions undertaken by the two chambers are considered null and void, as the House of Representatives did not vote on the law, but rather referred the draft law to the Legislative Committee to formulate points of consensus on the articles on which the dispute revolves, to be resolved and voted on directly.

The House’s behavior also explicitly violates the eleventh constitutional amendment by including the political agreement in the constitutional declaration, which was approved by the House of Representatives in its session held in 2018.
In an embodiment of the internal differences with the members, the committee for preparing the draft law for the upcoming parliament elections, which was formed by the current Speaker, Aqila Saleh, announced that it is not interested in the parallel dialogue that is being deliberated in Morocco.
The committee confirmed that it will not abide by its results and will not accept to be presented in the hall except for the work submitted by the committee in charge of the hall.
The committee expressed in a statement, today, Thursday, its great surprise at the formation of another parallel committee by the Speaker of the House of Representatives, which went to meet in Morocco with the State Council without its knowledge and without consulting with it by the Council or even giving it knowledge of the matter.

Wealth of Arunodaya scheme will increase, there is good news for women! Many important decisions were taken in today’s cabinet assam-government-cabinet-decisions-know-in-details-hb– News18 assam ...

The Government of Azad Jammu and Kashmir presented a budget of Rs. 163.7 billion for the financial year 2022-23. ProIQRA News