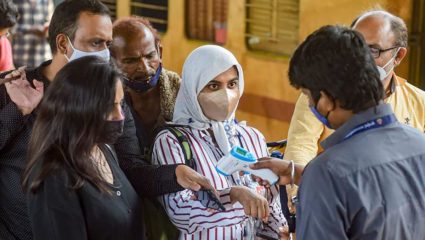 Mumbai. The cases of corona epidemic are increasing continuously in Maharashtra. The number of active patients has reached around 3500. According to the data released by the Health Department on Tuesday, 711 new cases of coronavirus have been reported in the state in the last 24 hours. Whereas, one patient has died. With this, the number of infected in the state has increased to 78,87,086 and the death toll has reached 1,47,860.

In Sonapatti, the tea shopkeeper threw boiling tea on the hands of gold merchant...

3 children were taken to hospital in a single vehicle accident on Highway 6...

The central government canceled more than 6 lakh ration cards – are you on the list? ProIQRA News