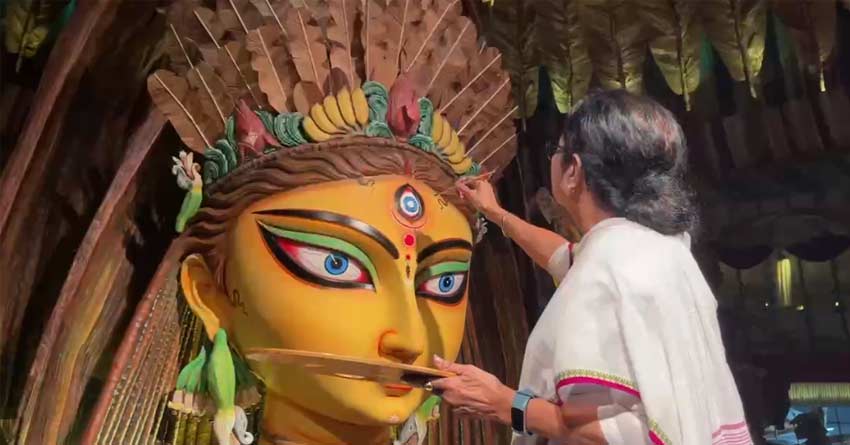 News Daily Digital Desk: Chief Minister Mamata Banerjee inaugurated the Chetla Agrani Club puja by offering eyes to Mahalaya Sandhya Pratima. He appreciated the organization. He gave a clear message to Firhad Hakim that the road should not be closed during the puja. 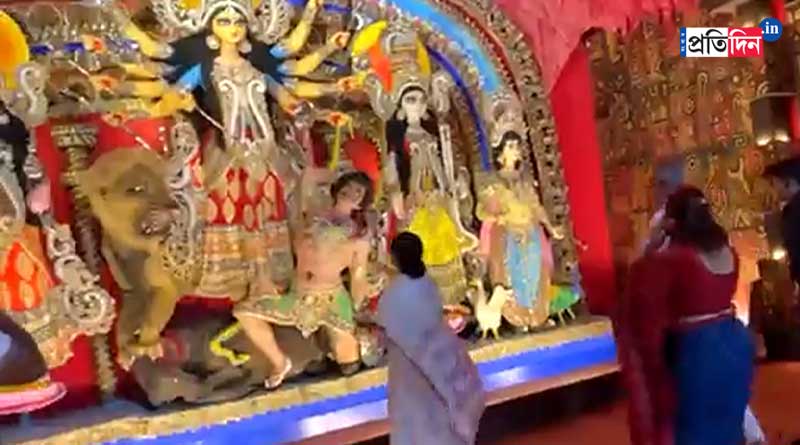 Banga Puja is in the mood from September 1. Over time, the city gradually developed. Now most of the pavilions are ready. The final preparations are going on somewhere. In the Mahalai afternoon, Chief Minister Mamata Banerjee inaugurated several pujas in Kolkata and the district. He first inaugurated the puja at Selimpur village in the afternoon. Look around the pavilion. Communicate with entrepreneurs. From there he went to Jodhpur 95 Palli Pandel Park and Babubagan. After opening the puja there, went to Chetla Agrani Club. There the Chief Minister looked at the idol. 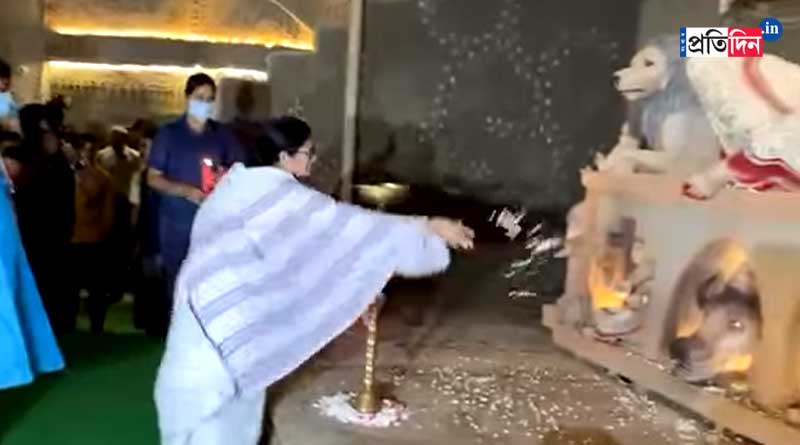 From there, he opened 253 poojas of the district virtually. At the end of the inauguration, he praised the decoration of the mandap and the statue of Chetla Agrani. He welcomed the plan to use banana trees. Furthermore, Firhad explained to Hakeem that the roads should not be closed due to Chetla Puja, mainly to facilitate the entry of VIPs. The head of the government ordered to ensure that there are no problems for our people. He also said that Pranab Mukherjee Park and Road should be constructed.

Mamata Banerjee also said that if Kolkata or any other district puja committee had expressed their desire to donate eyes to the idol through her hands, how would they communicate.