Mann did not hold back from calling Bhagat Singh a terrorist: Wants a separate country for Sikhs Pi News 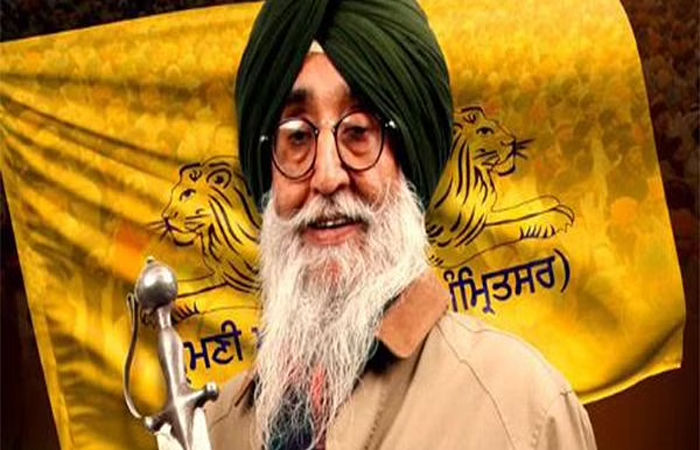 After winning the by-election in Sangrut last month, Lok Sabha Speaker Om-Birla took the oath of unity, integrity of India in the chamber.

Chandigarh: Shiromani Akali Dal (Amritsar) President and Punjab Sangrut MP Simranjit Singh Mane has called Bhagat Singh of the Freedom Army a terrorist. He has said a clear ‘no’ to back down from his criticism. Defending his remarks on Monday, he said Punjab should be a separate country for Sikhs. Which acts as a “buffer state” between India and Pakistan.

Ironically, after winning the Lok Sabha elections last month, he took oath in the name of the Constitution in Lok Sabha Speaker Om-Birla’s chamber, which also includes an oath to uphold the unity, integrity and dignity of the country.

Talking to reporters after coming out of Parliament House, he defended his criticism of Bhagat Singh saying that Bhagat Singh had killed a young British admiral. He also killed an Amritdhari Sikh constable. So what about the man who threw a bomb on Parliament? Tell me what would you tell her?

S.A.D. (Amritsar) president Mann said he would continue to support the vacant land issue. Because it can act as a “buffer-state” between nuclear-armed India and Pakistan.

Then he was asked that on one hand you have taken an oath to maintain the unity and integrity of the country, on the other hand you are talking about empty space? Then said that you try to surround me but what do you say about what is happening in the fight? What is China doing there? He gave such a stupid answer. It is not understood that the creation of the void is related to the fight.

They lived by Sangrut. This district is the district of Chief Minister Bhagwant Mann.

The shocking thing is that Simranjit Singh Mann has dedicated his victory to Khalistan terrorist Jairnal Singh Bhindranwale.

Imran Khan is dividing the nation, the nation should identify him,...