Mayawati’s political journey: If IAS could not be done, she became the Chief Minister of Uttar Pradesh: Slippers were ordered by charter plane

Mayawati’s political journey: If IAS could not be done, she became the Chief Minister of Uttar Pradesh: Slippers were ordered by charter plane 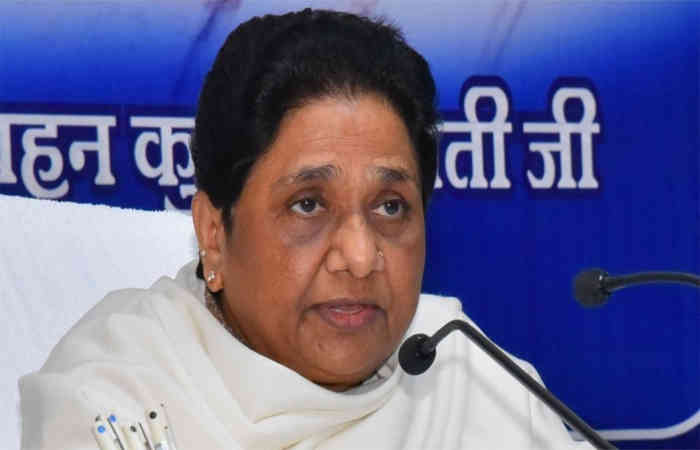 – Today is the birthday of ‘Bahenji’ who was born in Chamar

– Was already brilliant in studies: Kanshi Ram formed BSP and sister joined BSP: Life has changed since then

New Delhi: Mayawati, the former chief minister of Uttar Pradesh and popularly known as ‘Bahenji’ of the Bahujan Samaj Party (BSP), is celebrating her birthday on January 19. The political journey of this first Dalit Chief Minister of Uttar Pradesh, who was originally born in the Chamar caste, is just like his life.

Ajay Bose, author of her autobiography, wrote that Mayawati was born on January 19, 19. Saying that he was brilliant in studies from his childhood, Ajay Bose wrote in ‘Bahenji: Biography of Mayawati’ that he also faced discrimination in his family. Being a ‘girl’, his father discriminated against girls in a family of six brothers and three sisters. Were. The brothers were enrolled in public schools while the girls were enrolled in government schools.

Mayawati was brilliant in her studies. She wanted to become an IAS but failed the UPSC exam. Then Delhi’s J. J. Worked as a teacher in a school in the colony. After teaching, he was studying for UPSC but failed the exams. Meanwhile, Kanshiram joined Bahujan Samaj Party and Mayawati joined it. They became Kanshiram’s confidants. However, due to his closeness with Mayawati, both Kanshi Ram and Mayawati were being criticized but they remained close to each other.

Although Mayawati won the Lok Sabha elections on the 19th, she went to Lucknow after becoming a Rajya Sabha MP on the 16th and became the Chief Minister of Uttar Pradesh on June 19. Thus, she became the first Dalit woman to reach the post of Chief Minister. However, he had to resign on the 19th. He became the Chief Minister again in 19 and had to relinquish power within six months. He became the Chief Minister for the third time in 2006. When Kanshi Ram passed away in 2006, he became a surveyor in BSP. In 2009, the BSP got a majority in the UP elections and completed its term of 3 years for the first time. However, during the controversy, he ordered his favorite sandals from as far away as Mumbai on a charter plane. He also built a separate road from his residence to the office and the sandals he ordered cost Rs. But it cost Rs. 10 lakhs were spent.

Thus, the greetings sent by the present Chief Minister of Uttar Pradesh Yogi to Ms. Mayawati, who is in constant controversy, on her 9th birthday, say a lot in a few words.