Morocco .. Why does Benkirane refuse to renew the partnership with Unification and Reform?

Morocco .. Why does Benkirane refuse to renew the partnership with Unification and Reform? 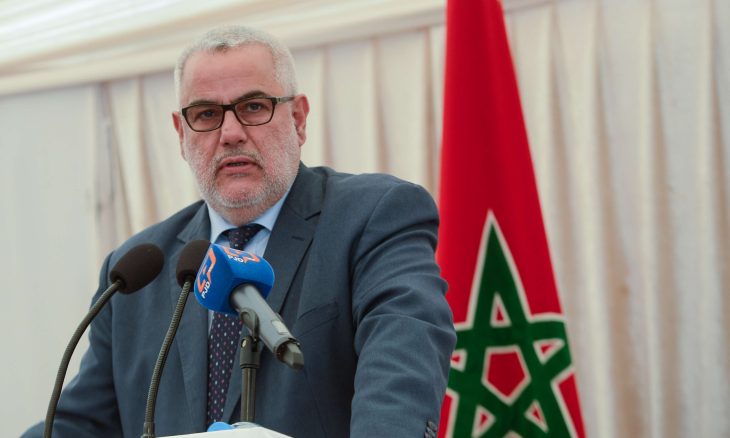 Rabat: After years of partnership between the Movement for Unification and Reform (Dawa) and the Justice and Development Party (opposition), it does not seem that the relationship between the two Moroccan organizations is going through its best conditions today.
A hypothesis reinforced by statements made by Abdelilah Benkirane, Secretary-General of “Justice and Development”, during a recent party meeting, in which he expressed his refusal to renew the partnership with the Unification and Reform Movement.
Benkirane said during the meeting: “I will not go to the movement for any partnership, and we hope that God will help them to carry out their mission.”
His statements sparked controversy over the reason for Benkirane’s refusal to renew the partnership with the movement, which is the advocacy arm of justice and development, and the human reservoir that has long supplied the party with cadres and leaders.

Mad Wajzer
It is no secret to the observer of Moroccan affairs that the relationship between justice, development, unification and reform is close to one project, which the party and the movement work to embody, each through its specific function (politics and advocacy).
However, the strength of this relationship did not prevent the occurrence of ups and downs, most notably the movement’s retreat from the party’s support in the 2021 elections, which it lost, after it had supported it in the 2011 and 2016 elections, which were issued by the party.
A retreat was preceded by a series of decisions that showed the two organizations’ desire to put a distance between them, the most prominent of which was the approval by the Unification Movement, in August 2018, during its general conference, of amendments to its founding charter, calling for the “divorce” of politics and the deepening of its advocacy nature.
During the conference, for the first time, party leaders and ministers were removed from the movement’s executive office.
Benkirane’s recent statements come to reflect a corresponding desire from the party to strengthen the separation between the two organizations.

special context
However, Bilal Al-Tilidi, the Moroccan writer specializing in Islamic movements, considered that there was “confusion” in understanding Benkirane’s statements, during which he did not intend to cancel the partnership with Unification and Reform.
Al-Tilidi said that “Benkirane, in his statements, meant partnership in the field of the movement playing an educational role within the party, and he was not talking about partnership in its strategic sense.”
He believes that the partnership between the party and the movement “will continue.”
Al-Tilidi considered that the coldness in the relationship between the party and the movement at an earlier time “cannot be recalled when reading Benkirane’s current statements, given the disappearance of its causes.”
He pointed out that “this apathy goes back to past periods, when the previous leadership of the party took a number of decisions related to identity and principles, such as those related to language (French education), normalization (with Israel), and legalization of quality (drugs), which justified this apathy.”
He continued: “It is known that Benkirane strongly and fiercely criticized these decisions, and therefore was compatible with the movement’s positions, which makes it unlikely that this context could be presented at the present time.”
Al-Tilidi concluded his speech by saying, “Benkirane, with his statement, wanted to block the way for those who yearn to connect between the party and the movement, after there were previous decisions to differentiate between them at the level of leadership and jobs.”
During the past five years, a dispute arose between the movement and the party, whose most prominent citizen was based on the position of the law approved by the government, according to which the teaching of science subjects in schools was imposed in French.
As well as the law relating to licensing the cultivation of cannabis (cannabis) for medicinal uses, before this dispute was strengthened after the normalization agreement between Morocco and Israel, which was signed by Saad Eddine El Othmani, the party’s Secretary-General, then Prime Minister.

other reasons
Abdel Rahim Allam, a professor of political science at Cadi Ayyad University, supports the statement that Benkirane’s statements came in the context of renewing the partnership with the movement in the educational field, but this does not preclude the presence of other reasons that prompted the man to make these statements.
Allam considered that there are many hypotheses through which one can read the reason for Benkirane’s refusal to renew the partnership with Unification and Reform.
He explained, “It is possible that this refusal is due to Benkirane’s desire not to put his party under the sway of the movement, which, in the event of partnership, could impose a certain agenda on it.”
He added: “Benkirane’s statement can be understood as an expression of his desire to dictate the party’s grammar towards becoming a political party that is raised on the morals of the state, and not on the morals of religion.”
Allam believes that these assumptions do not cancel when talking about the partnership between unification, reform, justice and development, invoking the organic link between them, which must be taken into account when delving into this partnership.
He explained: “In previous moments, one-third of the members of the Justice and Development Party were from Unification and Reform, but today, the members of the movement constitute about two-thirds of the party’s members, and therefore the conclusion of any new partnership means that the party contracts with itself.”
He continued, “Therefore, Benkirane, with his recent statements, may have wanted to open up to other groups of society in order to expand his party base, and not limit it to the movement’s members only.”

“There is no fountain in Gyan Vapi, I have been watching it for the last 50 years”, claims Pandit Ganesh Shankar. Pi News

‘If Raj Thackeray met me…’; Brij Bhushan Singh’s challenge even after cancellation of Ayodhya tour – Marathi News | Even after MNS...

Will Smith disclosed in front of David Letterman in an interview given before the Oscar event, said – had experienced trauma during his career ...

BJP is trying to provoke Muslims to give them a chance to genocide: Mehbooba Mufti ProIQRA News

The young man was turned over by putting a shoelace around his neck for asking for a mobile number from a woman – Uttarbanga...

Ukraine has rejected regional concessions, as Russia has stepped up its attacks. ProIQRA News