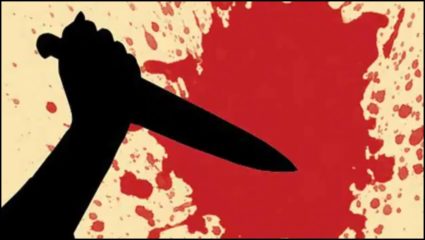 Yavatmal, After the body of Sachin Vasantrao Deshmukh, 32, a resident of Umarked, was found under a river bridge near Singad near Digras police station on the evening of August 1, there was a ripple effect. Meanwhile, on the basis of the postmortem report, information has emerged about the death of Professor Sachin Deshmukh due to strangulation, against whom an investigation under Article 302 has been initiated.

According to the post-mortem report, the police said that Sachin Vasantrao Deshmukh, a resident of Umarkhead, was strangled to death by an unknown accused. He is engaged in the investigation in Padal.

On the evening of August 1, Digras police station reached the spot after finding a dead body in the water under a culvert near Singhad village under Digras police station area, during investigation the deceased was identified as Sachin Deshmukh. Due to the tag on his neck, the police initially thought it was a homicide, although the police opened the investigation by registering an accidental death.

After receiving the report yesterday, August 3, the information that Sachin Vasantrao Deshmukh was strangled to death by an unknown accused has come to an end, due to which the police are now continuing their investigation as to who killed Sachin Deshmukh and why. engaged in.

According to information received, Prof. Sachin Deshmukh, a resident of Umarkhead, was working as a professor of agriculture in a college located in Kupta of Umarkhead Tehsil, while his wife works in Akota Forest Department. He took a leave from July 30 to August 1, after which he went to Akot. On his way back from Akot to Umarched, his mobile phone was switched on until Digras, but later his mobile was switched off, this information came to light during the police investigation.

maharashtra news, 18 children died due to malnutrition in 30 days...

Watch: Bride ‘Ziddy’ in her wedding suit rides a motorbike to...

maharashtra news, 18 children died due to malnutrition in 30 days...

Sunny and warm weather this weekend in the Maritimes | Pro...