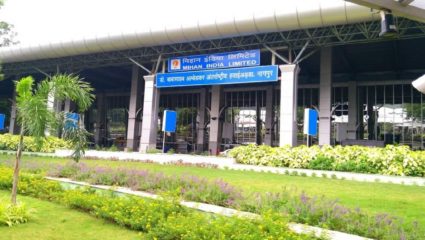 Nagpur. Today, Nagpur Airport remains an international airport in name only. The connection that people want from here, they are not getting. Leaving Delhi, Mumbai, the flight to Chennai was launched from here, but it was also stopped. At the same time, flights to Calcutta rarely fly. At the same time, Air India has also canceled Delhi, Mumbai services for a long time.

Problems due to lack of direct connection

Even after being the hub of the country, i.e. zero mile, the lack of direct connectivity from here to a major metro puts Nagpur airport in the backward category. Even today, due to the lack of direct flights, passengers here have to travel via Via-Via. So far, flights have started from here only to cities like Mumbai, Delhi, Pune, Hyderabad, Bangalore, Ahmedabad and Indore.

There will be no flight until October 29

According to information received from sources, Air India Airlines has canceled the flight from Nagpur to Delhi and Mumbai. Meanwhile, flight numbers AI 497 and AI 498 on Delhi-Nagpur-Delhi routes and flight numbers AI 629 and AI 630 on Mumbai-Nagpur-Mumbai routes have been canceled from August 20 to October 29. Flight services will begin after the further strategy is determined. Currently, a total of 8 flights to Mumbai, 6 to Delhi, 3 to Pune, 1 to Hyderabad, 2 to Bangalore, 2 to Ahmedabad and 1 to Indore have been started from Nagpur Airport.

Representatives do not care

Airlines are constantly behind the Orange City, which is called a Smart City, but despite this, members of the public are not paying attention. Air travelers here are facing many difficulties due to the closure of major metro airlines one after another. If this deteriorating state of air traffic in the hometown of the Union Minister and Deputy Prime Minister is not noticed in the near future, then air traffic with other cities should not be stopped anywhere.