According to details, former captain of the national cricket team Sarfraz Ahmed shared his photo on the photo and video sharing app Instagram on which he wrote a poem. 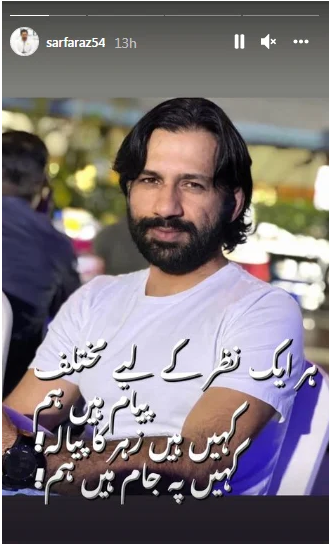 The poem written by Sarfraz Ahmed on his story was such that we have different messages for each look, somewhere there is a cup of poison, somewhere we are jammed.

This poem written by Sarfraz Ahmed is being well liked by the players.

Praising this poem of Sarfraz Ahmed, fast bowler of national cricket team Hassan Ali wrote in the caption of his story that wow guru wow. 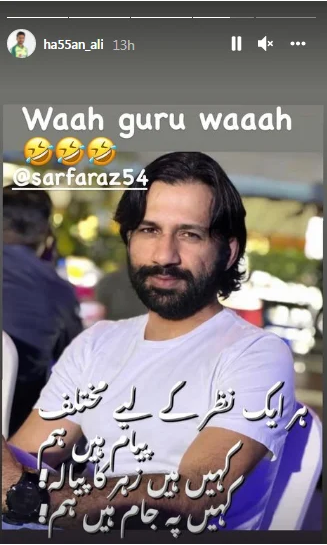 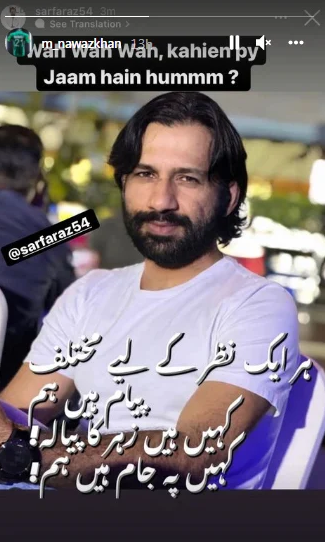 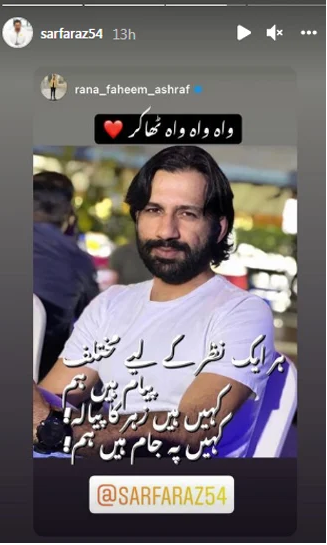 The government plans to take measures to increase gas availability,...