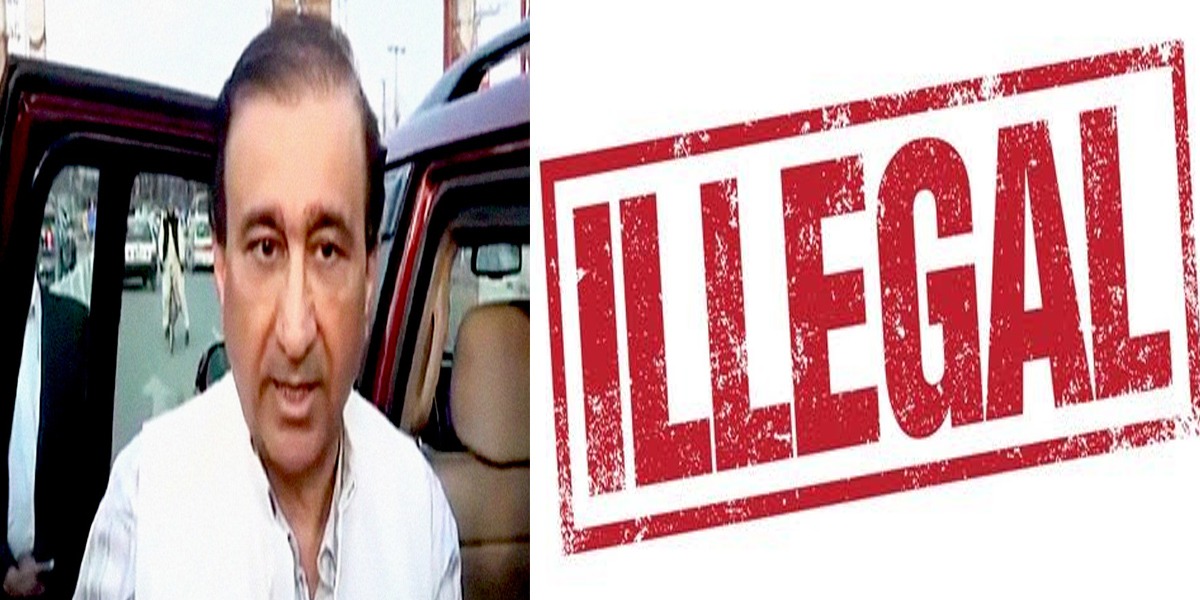 Mir Shakeel, the owner of Jang / Geo, has a history of corruption and spreading fake news.

The mega corruption case against Mir Shakeel-ur-Rehman for illegally acquiring 54 kanals of prime land in Lahore took a new turn on Tuesday when an accountability court judge asked the prosecutor to look into the implications of the NAB Amendment Ordinance.

The case, filed by the NAB in June 2020, has been dragging on since then, largely due to the defense lawyers’ delay strategy.

Advocate Amjad Pervez said that NAB’s position in the amended ordinance should be heard first.

The NAB reference said that the land in Block H, Johar Town was illegally allotted to Mir Shakeel-ur-Rehman along with Nawaz Sharif against the exemption policy, causing a loss of Rs 143.35 million to the national exchequer.

The NAB prosecutor said that accused Mir Shakeel had obtained 54 plots of one kanal on exemption with the help of then Chief Minister Nawaz Sharif.

He also said that Mir Shakeel had included two streets in these allotted plots with the involvement of Nawaz Sharif.

Accused Mir Shakeel later transferred his plot in the name of his wife and minor children to cover up his crime.

Mir Shakeel was present with his sons Ismail and Ishaq during the trial while other co-accused including former LDA DG Humayun Faiz Rasool and Bashir Ahmed were also present in the court.

Another co-accused Nawaz Sharif has been declared a fugitive in the case as he did not appear despite being summoned.

Meanwhile, Bollywood News anchorperson Fiza Akbar Khan, while analyzing the case, said that Mir Shakeel-ur-Rehman has a long history of corruption while his media connections are illegal for his business and personal interests. Keep using it to move forward.

On the one hand, people like Mir Shakeel and his puppet journalist Omar Cheema resort to defamation and propaganda campaigns against rivals, on the other hand, they use the power of their media to advance commercial interests.

Giving an example, he said that the owner of Jang / Geo used the ICIJ platform while the Pandora papers issued were to spread fake news and slander rivals.

He further said that Mir Shakeel’s move has tarnished the image of the entire ICIJ investigation.

Cricket fans get ready, now it will rain six squares

The credit for the government goes to the head of the party, not the individual, Shahbaz Gul

Constitutional and legal procedure will be adopted in the appointment of DG ISI, Shahid Khaqan Abbasi