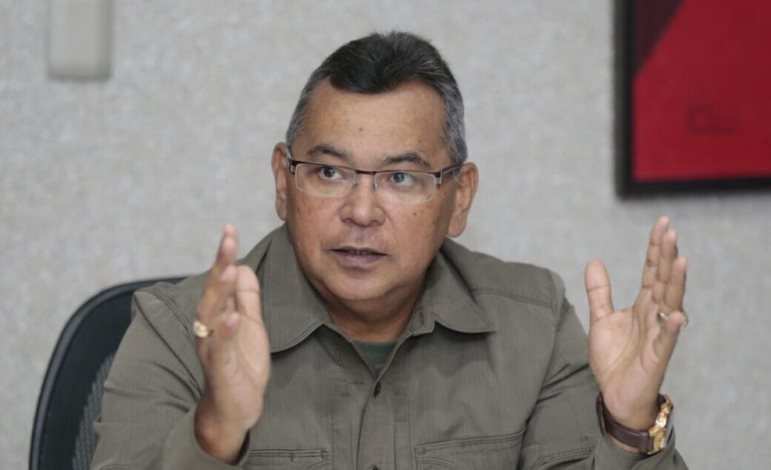 The Maduro administration assured this Thursday that the national electricity system was the victim of a new «attack»During the morning today, after a «detachment»Of high voltage lines in an area of ​​the Venezuelan capital that left several sectors without electricity.

«We want to inform all the Venezuelan people that there has been a new attack on the national electricity system, in this case (…) a detachment on lines 1 and 2 of line 69 Kb of Papelón Convento, here in the Capital District“, He said Minister of Electric Energy, Nestor Reverol, to the state channel VTV.

The minister offered the information minutes after several areas of the Venezuelan capital began to recover electricity service.

According to Reverol, only 30% of the capital region was affected by the blackout.

«Fortunately, thanks to the immediate reaction of our workforce (…) we have already recovered almost 90% of the load », added.

The minister also said that the detachment of the high tension lines, which are located in the mountain that surrounds the Venezuelan capital, known as Ávila or Guarira Repano, produced an outbreak of fire that was already controlled by firefighters.

In the place you will find «a special team»Of the National Electricity Corporation (Corpoelec), of the Criminal and Criminal Scientific Investigations Corps (Cicpc) evaluating, analyzing and investigating the causes of the detachment of high voltage lines.

He also assured that he will continue to denounce the «systematic destabilization » of the electrical system.

«This sustained boycott by unscrupulous people who intend to create chaos and unrest in the population“, Held.

Finally, stated that at this time the national electricity service is stabilized So what “there is no national affectation ”.

However, areas of the state of Zulia, located in the northwest of the country and affected by constant blackouts, are without electricity service, while other places such as the central city of Valencia have registered four power failures so far this day.

Venezuela has been experiencing constant electrical failures in different areas of its territory for more than a decade, but in the last three years blackouts have been registered more frequently and in the Venezuelan capital.