Night curfew has been imposed in 17 more cities in Gujarat, including eight metros

Night curfew has been imposed in 17 more cities in Gujarat, including eight metros 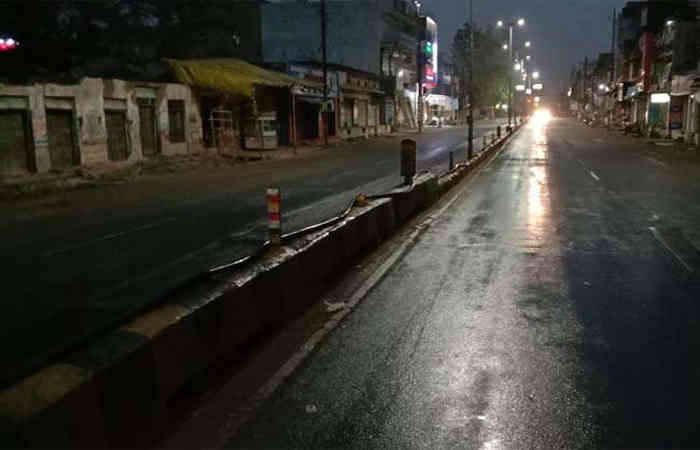 – No change in curfew time in the state, 24 hours delivery of food items

– In the meeting of the core committee chaired by the Chief Minister Shri Bhupendra Patel, the transition status of the existing cores in the state was reviewed.

– The Chief Minister has taken some important decisions in the state, including the implementation of night curfew in 17 more towns for the purpose of controlling the transmission of corona.

– The Chief Minister also said that 17 towns with higher positivity ratio of Koro transition are Surendranagar, Dhrangradhra, Morbi, Wankaner, Dhoraji, Gondal, Jetpur, Kalavad, Godhra, Vijalpore (Navsari), Navsari, Bilimora, Vyara, Vapi, Valsad and Vamsad It has been decided to implement night curfew from 10 pm to 6 am every night from January 2022.

– Accordingly, the night curfew will now be enforced in 19 cities, in addition to 8 metros, from 22nd January every day from 10pm to 6am till 29th January.

– Shri Bhupendra Patel has taken a comprehensive review of Corona’s position in the core committee meeting with the ministers and senior secretaries and made other important decisions.

– According to these decisions, home delivery by hotel-restaurant can now be continued 24 hours a day.

There is no money in the treasury, it is not possible to end load shedding immediately, Finance Minister Pi News

Ten minutes after sexual intercourse, the old man lost his memory! Why is that? ProIQRA News

Didn’t get corona vaccine because of picture on vaccine: Akhilesh Pi News

Ukraine says Russian advance could be forced to retreat in the east. ProIQRA News