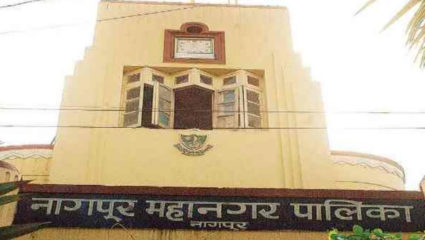 Nagpur. Given the continued power in the state and the instructions of the new government, the State Election Commission has now changed its position. A vivid example of this is that as per the procedure, after the OBC reservation lottery was drawn, its final announcement was to be made on August 5. But the State Election Commission has suspended the final announcement for the time being by sending a letter to the KP. Thus, the process which was going on until now regarding the general election has come to a complete standstill. According to experts, the judicial, executive and legislative branches of government are facing each other in the struggle for power in the state. The Supreme Court gave an order to complete the process of elections to local authorities. Accordingly, the process was completed. But after the change of power, the commission stopped it.

The number of places in the MNP will decrease

According to official sources, the state cabinet has decided to redefine the number of members of municipal corporations. It must now be determined by population. So, according to the formula published by the Cabinet of Ministers, the number of seats in the Ministry of Education and Culture is determined. According to the results of 2017, there will be 151 places in KP. As a result, 5 mandates will be lost. According to experts, the PEC determines the quantitative composition based on the population of 2011. During this 11-year period, the number of voters should have increased. In such a situation, the electoral rights of voters are violated. In addition, the city does not have public representatives as required.

The process, which needs to be completed before the general elections, takes a lot of time apart from money, experts said. The process was supposed to start after the deadline in March. But for certain reasons it was postponed. After which about 6 months passed, but this process was not completed. The State Election Commission and the KP have long determined the reservation of the OVS from the creation of a division. Now the same process needs to be completed again. In such a situation, dissatisfaction with the loss of time and money for the process is once again expressed.

They say that according to the rules, it takes at least 3 months to complete the election process. Elections will be possible before the end of October only if orders for the creation of a new department are issued immediately. Otherwise there will be elections. As the expansion of the state cabinet is stuck. Therefore, even if there is a new decision regarding the KP elections, now there is a question mark. Currently, an administrator has been appointed in KP. According to lawyers, the term of office of the administrator is set for only 6 months. In such a situation, the administrator’s term of office expired on August 5. Therefore, all eyes are on what decision the government makes regarding the administrator.