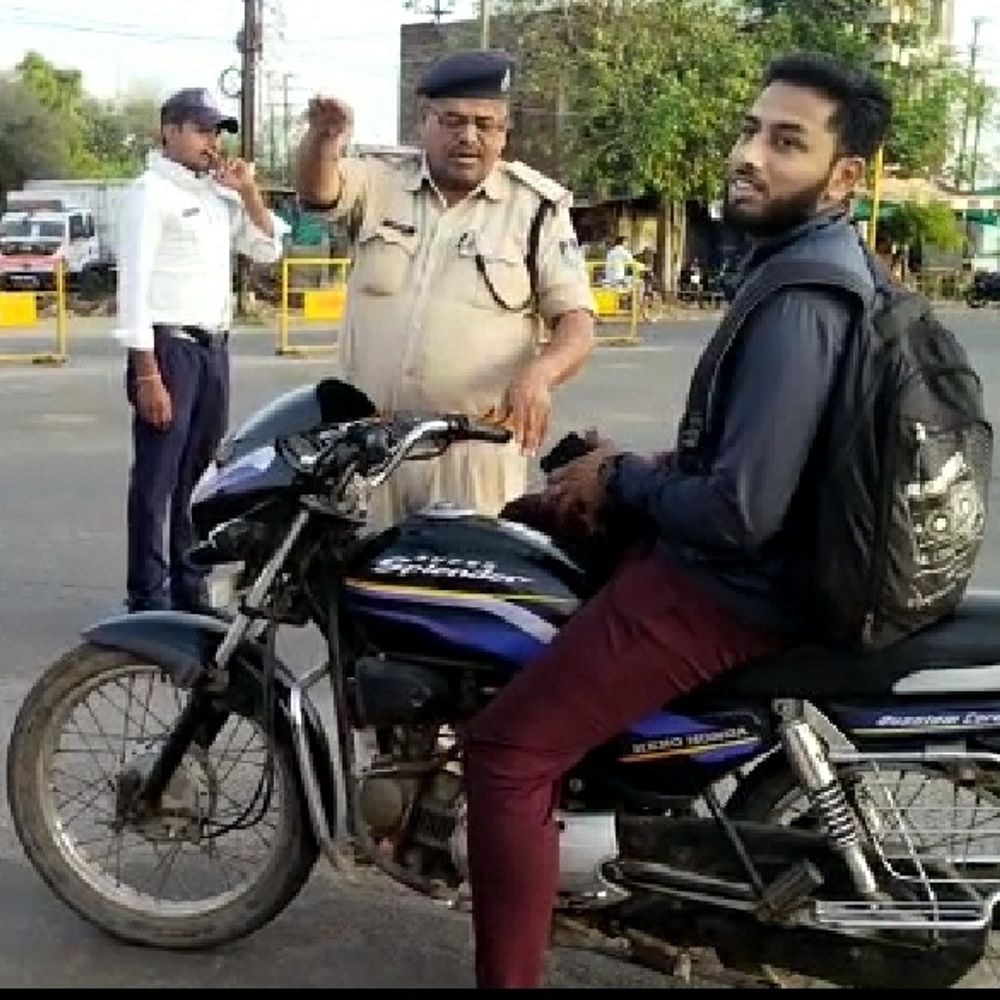 In Vidisha district, now for violating traffic rules, policemen will take challan action against drivers using POS machines instead of receipt bags. With the availability of this machine, now the drivers cannot escape by pretending to have no money. In this, the amount of challan can be recovered through cash, card and if there is nothing, then the amount of challan can be paid in 15 days. The RTO department will take action against those who do not pay within 15 days. On Saturday evening, challan action was taken against 8 drivers who broke the rules with the POS machine. From whom Rs 4250 was recovered.

Superintendent of Police Monika Shukla informed about the POS machine that apart from the traffic police station, POS machines were made available to all 20 places of the district. Training will be given for operation of POS machine in all police station areas. According to the violation of traffic rules, the challan amount is fed into the machine. The receipt will be given after the policeman has entered the vehicle number and the name of the driver. Drivers can pay by credit or debit card. Invoice action data will be online. Its information will also reach the control room immediately. Vehicle number and challan action information will also reach the RTO office. Driver’s license will be revoked for repeatedly breaking the rules and not depositing the amount.