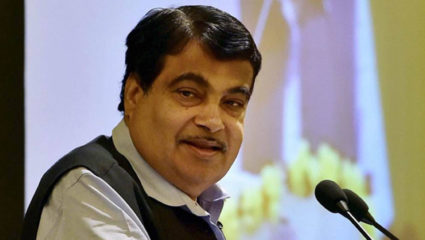 Nagpur. Union Minister Nitin Gadkari said that the accident that happened to you is going to create darkness in life but it is necessary to come out of it in a positive way. The government is with you. Step forward without getting discouraged, forget sorrow and fly high. He was speaking in a program organized by the Department of Women and Child Welfare under the guidance of the district administration at Bachat Bhawan, in which a package of Rs 15 lakh was distributed to 79 such children of the district who have become orphans due to Corona.

Prime Minister Narendra Modi also interacted with the orphan children of the district through VC for the elixir of freedom and gave them the message to work hard. Gadkari also interacted with the children and distributed the package to them. During this, MLA Vikas Kumbhare, Tekchand Savarkar, District Magistrate R. Vimla, Deputy Commissioner of Women and Child Development Ravi Patil were present.

Gadkari said that the Prime Minister has come up with a very important plan to make the children who have lost their parents from Corona successful by removing despair from their lives. He appealed to the children to forget the past accident and move forward positively and become successful.

PM said, don’t give up

While addressing the children through VC, PM Modi said that there can be no compensation for sorrow, but it is also true that those who face trouble in life should become bigger than struggle. He appealed to fight the situation without giving up. Children orphaned by Corona are being given financial assistance of Rs 10 lakh from PM Care for Children Fund. Arrangements have been made to give Misk Stifund till the age of 23 of the children. Apart from this, health insurance of 5 lakh will be given to the children under the Ayushman Bharat scheme. Its premium will also be filled from the PM Care Fund. All educational facilities will be made available.

People were holding pistols on our side too, Imran Khan Pi News

‘Wheelchair will not go inside, customers will be disturbed’: restaurant refuses entry to disabled girl, apologizes after controversy

Sharad Pawar: Eknath Shinde should not have any idea of ​​getting CM post: Sharad...

Raj Thackeray to support Shinde Shibir in Maharashtra, Uddhav to sit in meeting in the afternoon – News18 Bangla ProIQRA News

Adipurush: Prabhas is going to create a storm of romance with the new pair on the screen Prabhas and Kriti Sanon will be...