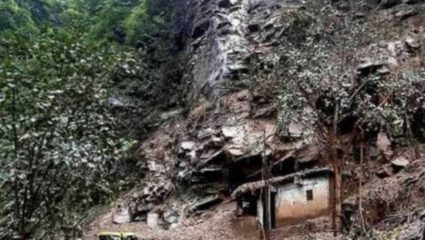 Manila: The storm of Magi has wreaked havoc in the Philippines. The death toll due to floods and landslides has reached 58. The dead have been confirmed by AFP. A total of 58 people have died in the country due to landslides and floods. It is being said that this figure may increase now.

It should be known that the storm has caused havoc in the Philippines. The situation is such that many areas have been completely submerged. A total of 58 people have lost their lives due to floods and landslides. The work of evacuating the people trapped in the eastern and southern coastal areas of the country is going on at a rapid pace.

Death toll from Philippine landslides, floods rises to 58, as per official tallies: AFP

Bear in mind that hurricanes are not a new thing in the Philippines. About 20 hurricanes usually hit the country every year. Although here this is the first storm of this year. In the Philippines, many villages are completely submerged due to rain. As a precaution, the power has been cut.

On the other hand, rains and floods in South Africa’s Durban region have killed at least 45 people and damaged ports, major highways and surrounding areas in KwaZulu-Natal province. South Africa’s military was deployed on Tuesday to assist with rescue operations in Durban and the surrounding Ethequini metropolitan area. (with agency input)