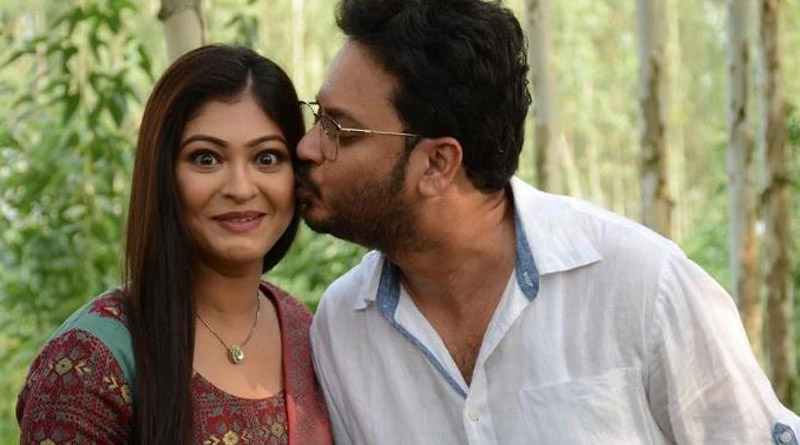 News Daily Digital Desk: Rahul Arunoday Banerjee and Rooqma Ray. At the moment, the viewers know Vikram and Anamika on the screen. This pair of ‘Lalkuthi’ series has been buzzing for a long time. If you want to know whether they are making love outside the screen or not, they have blown up all the speculations. But fans were shocked to see the caption of the picture that Rahul posted on social media on Tuesday. Rahul wrote in that post, “I love this so much.” After such a confession, a flood of good wishes has naturally flowed. So did Rahul reveal his relationship in this way?

They teamed up for the first time in the series ‘Desh Mati’. And from the very beginning, the audience liked them very much. It was even seen that they have left the main couple of the series behind in popularity. After that, Rahul and Rukma have been seen as the main couple in the serial ‘Lalkuthi’ which started from May.

But this is about the screen. Out of screen? Behind the scenes of ‘lights, cameras, action’, did they pay attention? So far, Rahul-Rukma has been seen to thwart all possibilities at this moment. Rukma was heard saying last April, “It’s true that people are saying we are in love. But to be honest, we have no love affair. We are both very good friends. ” In the same way, Rahul also asked the same question, “Why go to love?”

But Tuesday’s post says otherwise! Rahul was seen kissing Rukma there. With that loud declaration of love. Naturally, their fans are overjoyed to see such a post. Many have greeted in the comments section of the post. Now let’s see if Rahul or Rukma said something different about this picture.