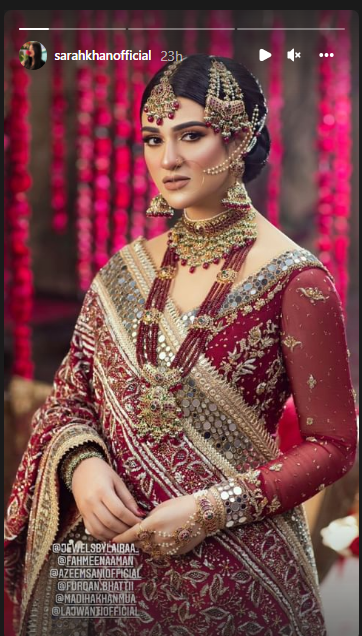 In the pictures, it was seen that actress Sara Khan is looking very beautiful in a red wedding dress.

While her jewelery is adding to the beauty and bridal look of the actress.

Her bridal shoot is being much loved by the fans of the actress.

On the other hand, actress Sara Khan keeps sharing her beautiful photos with her fans, on which thousands of likes and compliments come from her fans in minutes.

It is to be noted that recently actress Sara Khan has told about the news of arrival of a new guest in her family very soon.

Debate on the proposal to change the name of the district! An agitated crowd set fire to the house of Andhra Pradesh Transport...

Riyan Parag furious: Got rid of his mistake and lashed out at Ashwin, watch video – Riyan Parag runs out Ravichandran Ashwin vs GT...