Saudi-Iranian rapprochement.. to where? 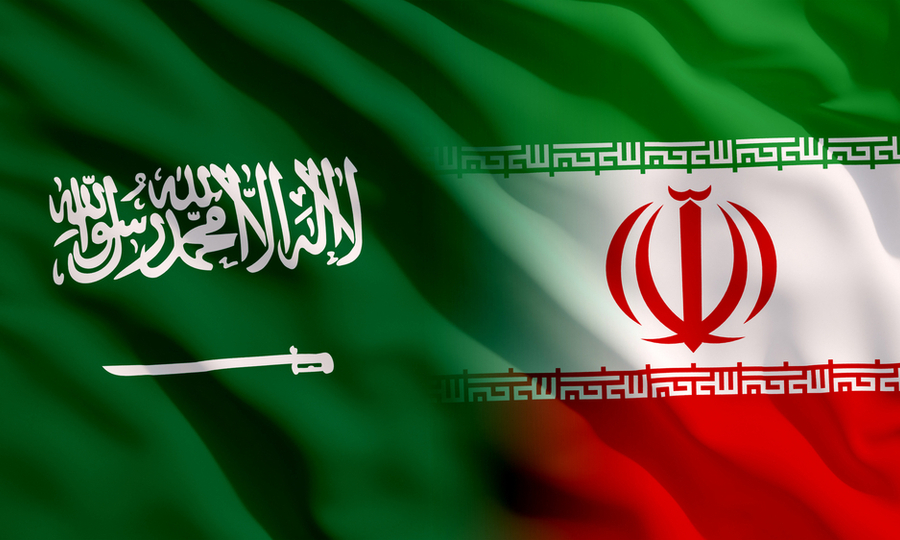 Istanbul – Ihsan Al-Faqih: With Mustafa Al-Kazemi’s government in Iraq preoccupied with the legislative elections and their results, Iran and Saudi Arabia continued to hold new rounds of talks, after 4 rounds sponsored by the Iraqi government in earlier times.

The last of these tours was at the end of last September, according to Arab media, quoting Iraqi sources, and was held at Baghdad International Airport between the Saudi Minister of State for Foreign Affairs, Adel Al-Jubeir, and the Secretary of the Iranian Supreme National Security Council, Ali Shamkhani, in the presence of Al-Kazemi and senior officials from the two countries.

Saudi Arabia did not confirm or deny the holding of this meeting, which was revealed by the Tehran Times.

Al-Kazemi had formed a mini-committee from the Ministry of Foreign Affairs, National Security and Intelligence linked to his office to follow up the dialogue between Tehran and Riyadh, according to an Iraqi government official, while the representative of the Sadrist movement, Badr Al-Ziyadi, revealed the continuation of Iraqi mediation after the elections, after “the Iranian-Saudi dialogue reached advanced stages.” .

Media reports, according to Iraqi officials, indicate that the Yemeni file is on the list of priorities for bilateral dialogue, in addition to restoring diplomatic relations between the two countries to what they were before January 1, 2016, when Saudi Arabia severed relations with Iran, following attacks on the Riyadh embassy in Tehran and its consulate in Mashhad, protesting the execution of Saudi Shiite cleric Nimr al-Nimr.

Baghdad hosted the first rounds of dialogue in early April, with “secret” sessions between Saudi and Iranian security officials and diplomats.

On October 3, Saudi Foreign Minister Faisal bin Farhan confirmed that a new round of talks with Iranian officials actually took place on September 21, without mentioning any details about the level of representation, the venue of the meeting, or the nature of the talks, which he described as “ Exploratory talks that can lay a “basis for addressing the outstanding issues between the two parties.”

But Iran seemed more optimistic in talking about the positives of such a diplomatic dialogue and the expected results, for “the start of a bilateral relationship within a mutually beneficial framework,” and that the dialogue is at its “best condition,” according to the statements of Saeed Khatibzadeh, the Iranian Foreign Ministry spokesman on October 4.

However, Khatibzadeh, in his statements, refused to confirm or deny reports that a Saudi security delegation visited Tehran to arrange the reopening of their country’s embassy in Tehran, and an Iranian security delegation’s visit to Riyadh for the same purpose.

And US media quoted the Deputy Assistant Secretary of State for Iran and Iraq Affairs as saying that the United States welcomed direct dialogue between Iran and Saudi Arabia, in the hope of easing the tensions in the Middle East.

Observers believe that Saudi Arabia’s acceptance of Iraqi mediation and sitting with the Iranians for the first time in 5 years, comes in a broader context of the changes that have occurred in Saudi policy since the end of the presidency of former US President Donald Trump at the beginning of the year, and the advent of a new administration that directed several criticisms of Saudi Arabia in the files of human rights and war. In Yemen, and with regard to reducing the level of military cooperation, which represented the cancellation of some arms deals and the withdrawal of American air defense systems, and so on.

Saudi Arabia has made steps towards reconciliation with the State of Qatar after a rupture of years, and is more open to cooperation with Russia and China, in light of a clear improvement in relations with Ankara, a less strict stance on the Syrian regime, and the establishment of cooperative relations with countries allied to Iran such as Iraq, in addition to opening channels Communication and dialogue with Iran.

Saudi Arabia is focused on bringing the Houthi group to the negotiating table to end the war in Yemen with the help of Iran, which is the group’s first supporter, according to a mechanism agreed upon by the two countries, in addition to the Houthi group.
Saudi Arabia has often accused Iran of supporting that group, and Iraqi Shiite groups launched several attacks on Saudi oil facilities from Iraqi territory, which were also confirmed by the United States, the United Nations and Saudi Arabia.

Saudi Arabia has intervened to lead an Arab coalition called for by the Yemeni government headed by Abd Rabbuh Mansour Hadi since 2015, 6 months after the Houthi group seized the Yemeni capital, Sanaa, in September 2014.

Saudi Arabia’s assessments were that the war could be resolved in favor of the legitimate government within a few weeks to months, but this did not happen for reasons that perhaps the Iranian support for the Houthi group is among the most important.

With the horizon blocked for any political settlement between the Yemeni government and the Houthi group, the failure of the United Nations envoy’s attempts to mediate between the two sides of the war, the continued inability of the legitimate government backed by the Arab coalition to resolve the war militarily, and the Houthis continuing to target the Saudi depth with ballistic missiles and drones, and other reasons, Saudi Arabia was forced which bears the greatest military and financial burden in the war; To accept the restoration of its relations with Iran, which supports the Houthi group, which can exert the necessary pressure to accept the group to sit at the negotiating table to reach a political settlement in Yemen.

Saudi Arabia is also trying to end the war in Yemen to devote itself to development projects that ensure the transition from a rentier economy that depends on oil revenues, to a diversified economy in line with Vision 2030, and depends on the development of various sectors and economic activities that need foreign investments, including the “NEOM” economic project. Which has an estimated cost of more than 500 billion dollars.

The intensity of the media campaigns between the two countries has eased in recent weeks, in a clear indication of the “seriousness” of their talks, and their desire to reach “consensual” solutions to the outstanding issues and to address the controversial files regarding Yemen, Syria and Lebanon.

In the post-Iraqi elections, and some representatives of Shiite political blocs objecting to the election results, observers believe that the Al-Kazemi government, which formed a mini-committee to coordinate the meetings of the two countries, may be preoccupied with the internal conditions and the expected unusual atmosphere, which calls for thinking about the possibilities of holding Iranian-Saudi meetings in a third country. Change Iraq, or wait to follow developments in Iraq.

After more than 7 years of war, Saudi Arabia is trying to find a way out of it through a political settlement based on the Gulf initiative, UN Security Council resolutions and the outcomes of the national dialogue signed by the Yemeni parties.

It is not expected that the rounds of dialogue between Saudi Arabia and Iran will lead to quick understandings, given the nature of the disputed files and the difference in their vision of their interests in Yemen.

But the talks would at least ease the mutual media campaigns, the level of violence, and the possibilities of making mutual concessions, whether Iranian on the Yemeni file, and Saudi Arabia on the Syrian file, by re-normalizing relations with the regime, another ally of Tehran.