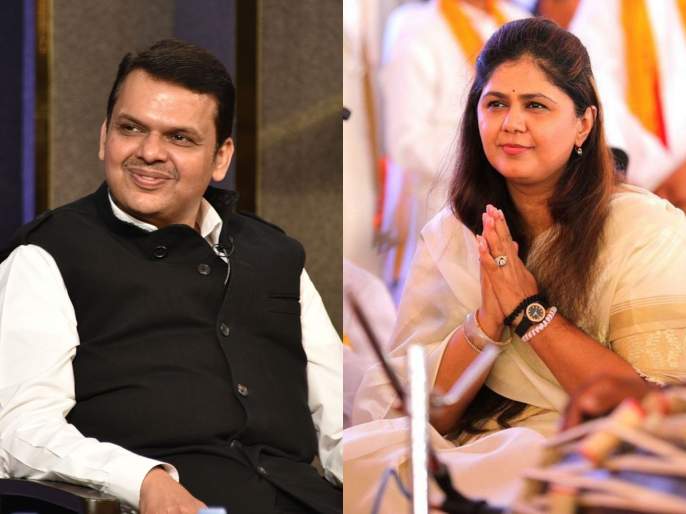 Mumbai BJP leader Devendra Fadnavis today announced that Eknath Shinde will be the chief minister and not us and only Maharashtra was surprised. Has he been fighting for this for the last two and a half years? Many people had such questions. But we all saw and heard what happened. Now another twist for Maharashtra is that BJP National President JP Nadda has directed Devendra Fadnavis to accept the post of Deputy Chief Minister. Reacting to the media in this regard, Pankaja Munde praised Fadnavis.

Devendra Fadnavis fought hard to overthrow the Thackeray government. Two and a half years ago, when Shiv Sena got the result, BJP promised us chief minister’s post and established power with Mavia. Earlier, Fadnavis and Ajit Pawar came together and took oath in the morning. However, that government fell within a day and a half. After that, after a big rebellion in Shiv Sena, Devendra Fadnavis himself announced the name of Eknath Shinde for the post of Chief Minister. That’s why while praising Devendra Fadnavis, Pankaja Munde said that Devendra has set the benchmark.

Congratulating Chief Minister Eknath Shinde, Pankaja said that this decision must have been taken by senior BJP leaders keeping in view the long-term goal. Asked if the BJP was upset with the decision, he said, “I didn’t go out, so I didn’t see it.” But, BJP has discipline, every worker follows that discipline. So, I don’t think anyone will feel offended. When asked if there would be Pankaja Munde in Shinde’s cabinet, Pankaja replied with a smile. Don’t know, every time the name of Pankaja Munde comes up. Therefore, this time also senior leaders will take a decision in this regard. Pankaja told the media, “I have no hope. Whatever decision the seniors take, I am ready for it.”

What did Shinde say about the 14 MLAs of Shiv Sena?

Shinde made this statement while stating his strength in a recent press conference. Don’t know how many will come…’ Shinde’s statement is about the 14 MLAs living with Thackeray. It also stars Aaditya Thackeray. Kesarkar has also indicated that Shinde has decided whether he should take disqualification action if he blows our whip tomorrow. In such a situation, the question arises whether the remaining 14 MLAs of Shiv Sena are now with the Shinde faction.