Female: a pointer, another two undefeated and a debut full of smiles 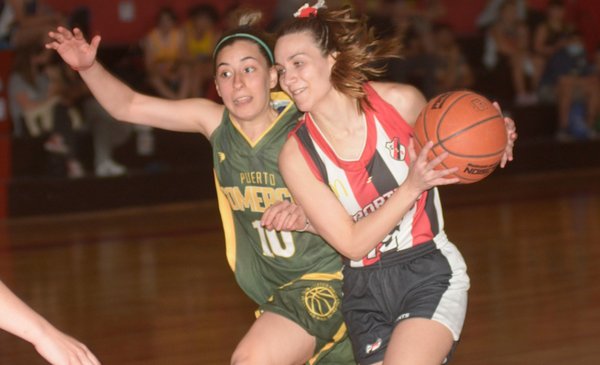 “We are happy. Beyond the result, we were within a shot with a few minutes to go. The team at times felt comfortable and at times it cost them, we were imprecise on some fundamental balls and on the other hand, Sportivo was accurate. There was the difference. “.

The phrase corresponds to José Alarcón, DT of Comercial who last night marked his return to the first division of basketball in the female branch after five years. It was the highlight of the fourth date.

The porter appeared on the Sportivo court and fell by 59 to 49.

“In terms of game volume they were better, but we showed good decisions and ideas; we need to oil. It is not to believe anything important, but it was an interesting test. You have to take filming. The girls left with a smile, it is a good start” , said the coach.

Agustina Kenny (top scorer of the tournament), added 23 points for the tricolor; while Lucía Ortíz – the youngest of the sisters – was dispatched with 19 points and led the visit.

In addition, the student leader gave Estrella another slap, defeating him as a guest by 63 to 54.

Ileana Corvalán (25) and Emilia Fernández (21) led the owner of the house, who still does not know defeat; while Alondra González added 9 units in the green-red.

Finally, El Nacional prolonged its undefeated by defeating Pacifico as a visitor, by 89-31.

Nadia Vrizz, with 26 points, emerged in the celestial; while Camila Cabrera excelled in the low green scoring, with 7 goals.

As four dates have already been played, the matches Comercial-Estrella, El Nacional-Comercial and Comercial-9 de Julio will be scheduled in due course.