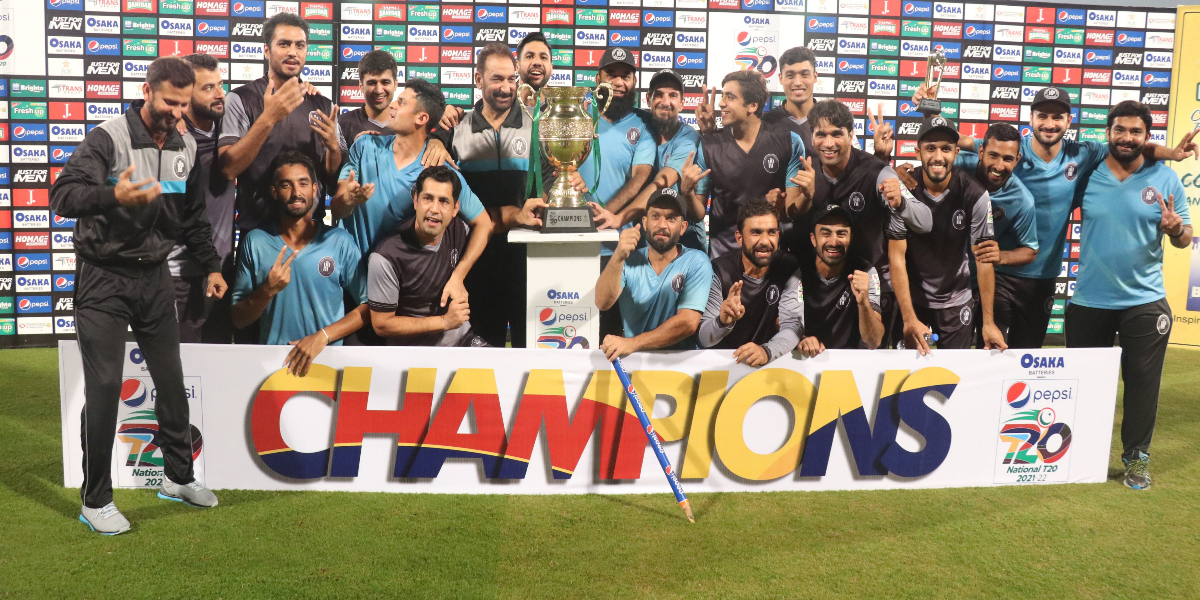 According to the details, the champion team achieved the target of 149 runs in 17 overs at a loss of 3 wickets.

In pursuit of the desired target, Khyber Pakhtunkhwa was not confident at the start of the innings. After giving the first over, Muhammad Haris returned to the pavilion with a total score of 10.

On this occasion, these form batsmen Sahibzada Farhan and Kamran Ghulam started the building process on behalf of Khyber Pakhtunkhwa.

However, as soon as captain Iftikhar Ahmed reached the crease, batting smoky, playing charming strokes around the wicket, Khyber Pakhtunkhwa won the title.

He played an unbeaten innings of 45 off 19 balls with 6 fours and 2 sixes while Adil Amin remained unbeaten on 25 runs.

Earlier, despite the excellent partnership of 85 runs of Ahmed Shehzad and Kamran Akmal, the entire team of Central Punjab was piled up at 148 runs.

However, after the dismissal of both the batsmen, none of the batsmen of Central Punjab could stay on the crease for long and kept returning to the pavilion after getting out from time to time.

Khalid Usman and Imran Khan Sr. took one wicket each.

Iftikhar Ahmed was declared the Player of the Final for his unbeaten 45 off 16 balls with an aggressive innings and three wickets.

Pak-India Takra: Minority community is also asking for prayers in places of worship

Hilton is doubtful about his injury

“It is a way to close this chapter of history”