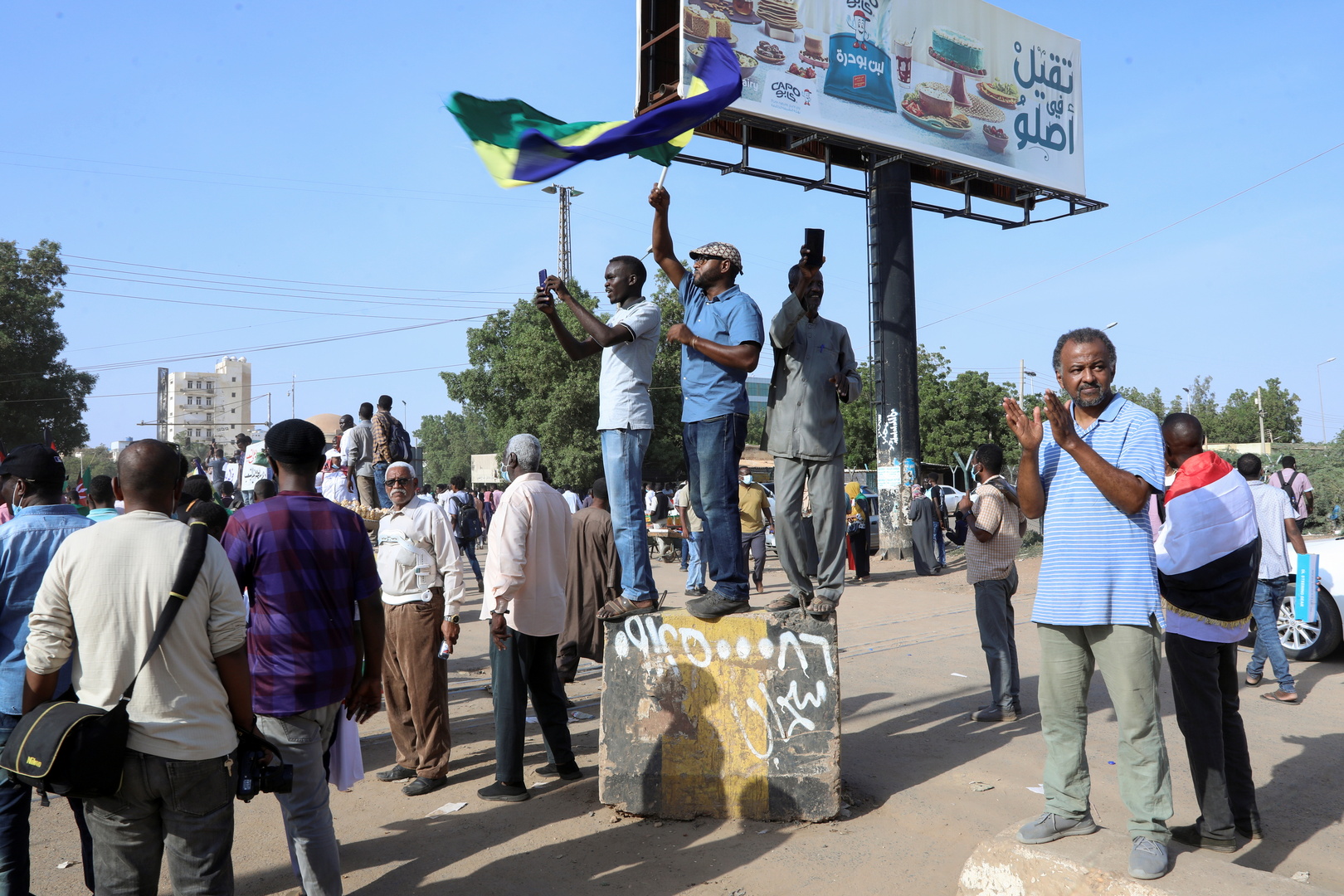 Two protesters in Khartoum were injured, after they were beaten by the police as they tried to forcibly enter the Sudanese Cabinet.

Our correspondent in Khartoum stated that the demonstrators’ injuries were due to beatings by the police, not shooting or tear gas canisters.

Our correspondent confirmed that the Sudanese police fired tear gas canisters at the protesters during their second attempt to enter the cabinet.

Our correspondent added that the emergency meeting of the Sudanese Cabinet, which was held today, Monday, headed by Abdullah Hamdok, to discuss the current situation in the country ended without any results.

According to sources, the Prime Minister, Abdullah Hamdouk, suggested the formation of a committee of 6 members representing the parties to the crisis, and he is the head of the committee.

Our correspondent had reported that some protesters went to the Council of Ministers to coincide with the meeting between the Prime Minister, Abdullah Hamdok and the ministers, noting that the police formed a cordon around the Council to prevent them, as the demonstrators returned to the sit-in after talks with the police, and the protesters intended to hand over a note of protest to Hamdok. .

And Sudanese media sources reported today, Monday, that the protesters at the presidential palace in Khartoum closed the vital Al-Jumhuriya Street in central Khartoum, heading towards the Council of Ministers.

Determining the age of employment in Morocco..popular rejection and legal...

Report on Indian barbarism released in Occupied Kashmir on the...

Surveillance tools .. Biden seeks to restrict the export of...

The Heli Escuela will begin its classes in January 2022

In the video.. Al-Ahram Al-Canadian brings you the most important news...

The last total solar eclipse of this year will be tomorrow

28 best gifts under $50 for the holidays

Katrina and Vicky’s wedding, a meeting was called for better security