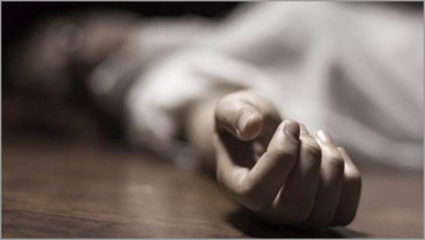 Bhusawal: Today, the bridge over the Tapi River at Bhusawal is where the Selfie Point is built during the rainy season and tourists often throng here. But this bridge across the river Tapi also tells of another sad uproar which has become a cause of suicide for some insane people and there are news of someone committing suicide every month or on Pandhara day. Often people fill their mind with wrong and specific taxes due to which they lose their precious life by resorting to such drastic steps. A similar incident happened. When a couple from Bamanod village of Yaval taluka committed suicide by jumping into the Tapi Bhusawala river. The incident became known on Monday. The names of the dead are reported as: Vasant Nemade, 63 years old, and Maltibai Vasant Nemade, 55 years old. Both are residents of Bamanod village of Yaval taluk. Why did the couple commit suicide? The exact reason for this is still unknown. In this case, the sudden death was reported to the Bhusawal police.

The couple took this step with a bicycle

According to information, the Nemade couple left their home in Bamanoda on Sunday afternoon. The couple committed suicide by jumping into the Tapi river near the Ganpati immersion site at Rahul Nagar in the Tapi river basin. But this case became known on Monday morning. After informing the city police about the abandoned two-wheeler parked on the river bank, Assistant Inspectors Sandeep Dunagahu, Iqbal Syed, Mohan Patil, Bhushan Choudhary, Abdul Razzak Khan and others reached the spot. At that time, both bodies were found floating in the riverbed.

The bodies of both were recovered with the help of local swimmers and taken to the village hospital for an autopsy. The dead couple is survived by a son, two daughters and a daughter-in-law. Why did the couple commit suicide? No specific information was received in this regard.

Gandhi-like Asura in Calcutta Puja, criticism of all political parties,...

Gandhi-like Asura in Calcutta Puja, criticism of all political parties,...

McMaster Marauders will likely play in his intervening life against...

Who will be the next James Bond? Producers mull...