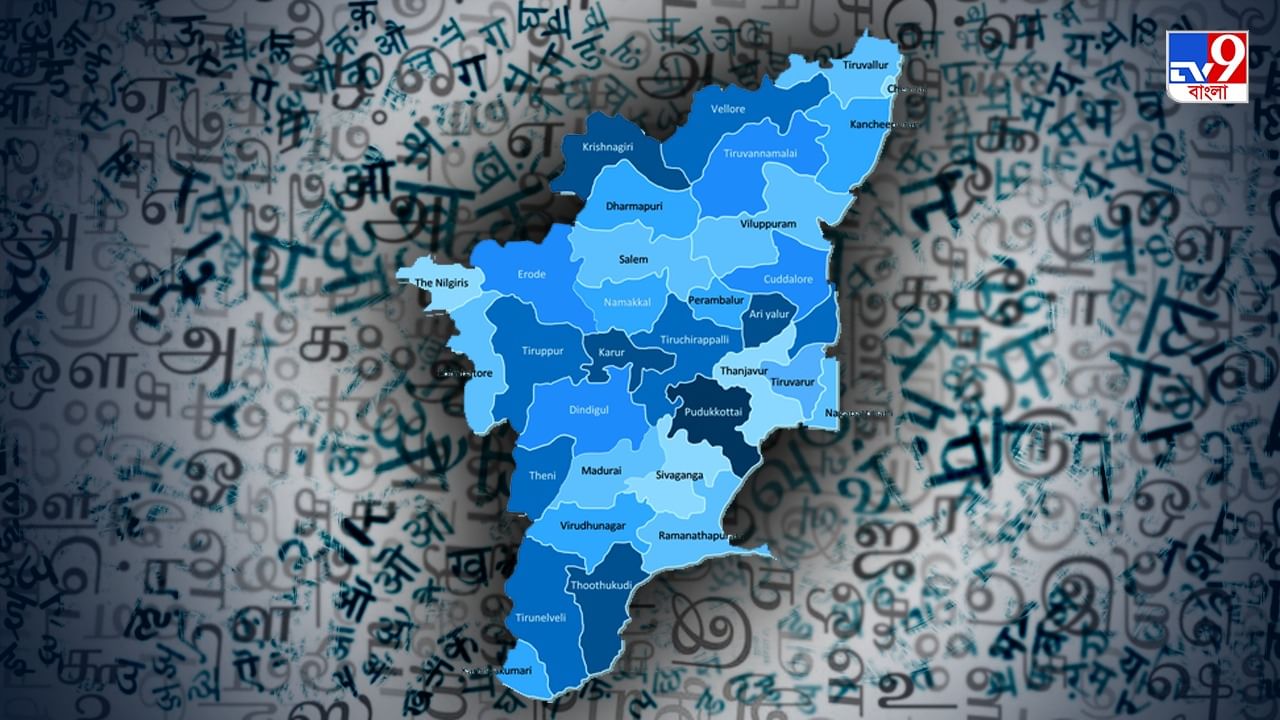 Tamil Nadu: The country has repeatedly heated up over the question of Hindi as the state language. And the seat of resistance to this language is Tamil Nadu. Along with Tamil Nadu, the whole of South India has shown unimaginable determination in this regard.

You cannot win in Tamil Nadu. Rahul Gandhi has challenged the BJP by standing in Parliament. In response to the President’s speech, the Congress MP’s speech was a literary twist on the federal structure. Tamil Nadu heard the new word. Rahul is challenging Modi to win in Tamil Nadu. That Tamil Nadu. Where the Congress has not been in power for many decades. And what a cruel irony of history. The name of Tamil Nadu came first in the face of Rahul Gandhi. The state that pushed Nehru’s favorite language idea first.

What is Tamil Asmita? Tamil Nadu got its taste a decade before independence. The Congress won the 1937 provincial assembly elections unilaterally. More than two and a half thousand Congress MLAs were elected across the country. The then Congress government was formed in Madras province. The first Chief Minister was Chakraborty Raja Gopalachari. Gopalachari wanted Hindi to be made compulsory in government schools. Nationalist thinking. No doubt. However, Tamil thinkers saw it as another form of imperialism. Hindi opposition began. Led by EV Ramaswamy. Who is known as Periyar. Fasting, rallies, processions and picketing continued for 3 years. 1,200 protesters, including women and children, were arrested. Meanwhile, the political situation at the national level has changed. Across the country, the Congress government resigned. The British government also revoked the Hindi rule in Madras schools.

Tamil Nadu has never deviated from the mainstream of the great man of India. The contribution of the Tamil nation in the formation of the country is undeniable. But, every time there has been an attempt to impose Hindi. Tamil Nadu has been vocal in protest. The Official Languages ​​Act was enacted on Republic Day 1975. Just the day before, a young man sacrificed himself at Tiruchillapalli station. “I am dying to keep Tamil alive,” he wrote in a suicide note. Again the fire of the movement ignited. The movement was led by DMK founder CN Annadurai. The slogan was ‘Uda mannuku, weir tamizukku’. Which means, ‘I am giving my body to the ground, I am sacrificing my life to Tamil’. A total of five people sacrificed their lives in that movement. Concerned Congress leaders in Tamil Nadu contacted Prime Minister Lal Bahadur Shastri. He was also forced to think. The next Prime Minister, Indira Gandhi, introduced amendments to the Official Languages ​​Act. English will continue to be used as an alternative official language. The decision is made. Since then, Tamil Nadu has been pursuing a bilingual policy. Tamil and English. No entry in any other language state. The first victim of Tamil politics is the Tamil Nadu State Congress. In 1986, Tamil Nadu fell to the Congress.

In Rajiv Gandhi’s time, Tamil Nadu again challenged Delhi in the fight for language protection. Salta 196. Rajiv Gandhi decided to build new schools across the country. Tamil Nadu resisted. Under the leadership of DMK chief M Karunanidhi, 20,000 party workers fought in unison. 21 people either committed suicide or committed suicide by consuming poison. So far no new school has been opened in Tamil Nadu. In 2019, the spark of revolution ignited again. The draft national education policy contained a proposal for non-Hindi speaking states. That is to make Hindi compulsory as a third language in school curriculum. However, regional non-Hindi speaking states led by Tamil Nadu oppose it. The revised education policy made Hindi an optional subject.

Not just Tamil Nadu. The whole of South India has shown unimaginable determination in language asmita. Andhra Pradesh was the first state to be formed on the basis of language. Patti Sriramalu of Kurnool died on a 56-day hunger strike demanding a separate state for Telugu speakers. Jawaharlal Nehru obstructed the nationalization of Osmania University in Hyderabad. At the root of the opposition was Hindi resistance. Citizens of many states have a natural dislike for Hindi. However, the epicenter of Hindi opposition is Tamil Nadu. No doubt. Be it Congress or BJP. The Hindi initiative of any political power in North India is hampered after crossing the Godavari.

Yarn Matching! 2 sisters fell in love; ran away from home for each other and got married – Marathi News | ...