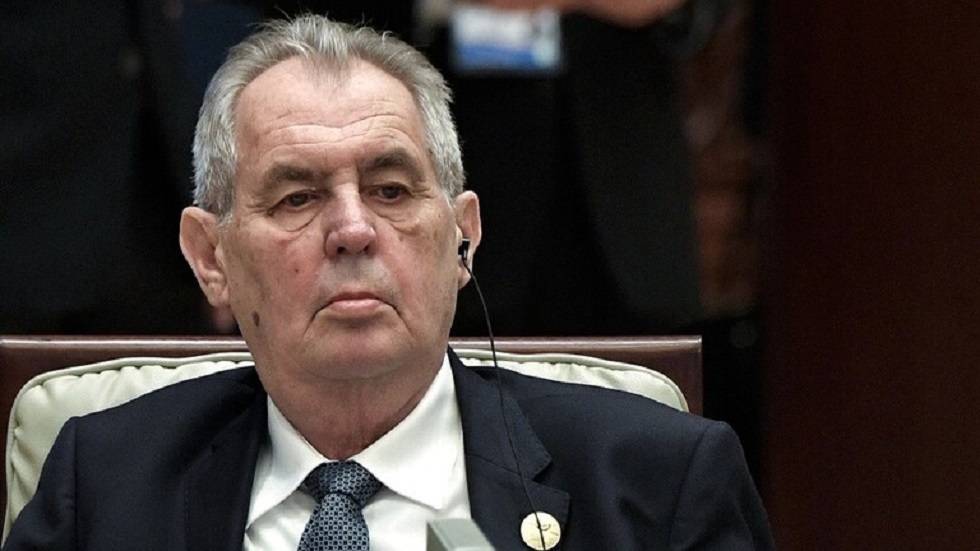 Czech media reported, quoting informed sources, that Czech President Milos Zeman, 77, suffers from a liver disease and is currently in the Central Military Hospital to which he was transferred.

According to the agency “Dinek Eye”, “The deterioration in the president’s health is a result of acute or chronic liver failure accompanied by various psychological and neurological symptoms, and may be caused by cirrhosis of the liver.”

One of the sources pointed out that this “reflects in the fact that he is confused and speaks incoherently,” while the other source confirmed that “Zeman speaks, but with difficulty.”

Zeman was taken to the hospital last Sunday, and the media claimed that he “lost consciousness upon arrival at the hospital.”

For his part, the head of the presidential office, Vratislav Minarg, said that “the president was asleep… and his health condition is stable.”

In turn, the director of the military hospital and the doctor treating the president, Miroslav Zaboral, indicated that “Zeman was placed in the intensive care unit”, without giving further details.

In mid-September, the Czech president was taken to the hospital, where he stayed for eight days, and the presidential office indicated that “doctors conducted a CT scan and ultrasound, and took blood for analysis,” and the examination did not reveal any diseases or health problems.

Zeman suffers from a nerve disorder, and because of it he has been moving since last spring using a wheelchair.