The case of murder son shot; the person accused of murdering the father was arrested | Pro IQRA News 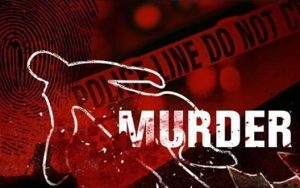 Gadchiroli, The Tadgaon police have arrested a father who shot dead his son in his deep sleep following an argument between father and son at Dhulepali village of Tadgaon police reference center under Bhamragad tehsil district. The name of the arrested accused is Kopa Vanja Atram (60).

It is said that there was a dispute between Kopa Atram and his son Ranu Atram over the money received for collecting bamboo. During this, on August 26, Ranu was sleeping in the courtyard of the house. Meanwhile, Kopa Atram shot Rana with a heavy gun. In which Ranu died. In this context, a case has been registered at the Tadgaon Police Help Desk. Meanwhile, the accused Atram’s father was arrested late on Sunday night. Manoj Ahire, officer-in-charge of Tadgaon police station, is continuing to investigate the matter.

‘A storm is brewing’: Advisors head to Tuktoyaktuk as mayor...