The devastated father of a five-year-old girl took her to the hospital three times before she died of Strep A. | Pro IQRA News

A father with a heart defect took his five-year-old daughter to A&E three times before she became seriously ill and later died of Strep A.

Stella Lilly McCorkindale became very ill last week and was treated in hospital before her tragic death on Monday.

Her father, Robert McCorkindale, says his daughter started feeling ill the weekend of November 26 with a cold and temperature.

Discussing what led to her death, it is believed that young Stella Lilly had two more days of fighting before her death.

McCorkendall told The Mirror: “They should have tested her for Strep A on Monday [November 28]by the time they cause Stella to succumb to her.

“The doctor looked at me and said what was wrong and I said she was very ill.

Then she asked me why I brought it [Stella-Lily] Here and I was like ‘my daughter can’t walk’ and I told them everything.”

McCorkendall says he felt like an “overbearing father” and his daughter was given Locozad to replenish her electrolytes before she flew home.

Her mother took her to the hospital the next day, where she was helped to hydrate her but was allowed to go home.

But by November 30, little Stella Lilly’s condition had deteriorated severely and she was again hospitalised.

Doctors ordered tests, fearing the baby might have sepsis, and the results came back for Strep A.

Once his daughter was accepted, the devastated father said, the care staff “went to great lengths” to help her.

The infection had spread throughout the girl’s body, and doctors were considering amputating her limbs.

By Monday, Stella Lilly was very ill from the infection and her life support was turned off.

McCorkendall added, “I know their job [hospital staff] Tough, I know I can’t do this job, but if you can’t provide the same care for the first baby you see compared to the ninety-ninth, you shouldn’t be in this job.”

A Royal Belfast Hospital for Sick Children spokesperson said: “We send our deepest condolences to the McCorkindale family on the passing of Stella Lilly.

“Every aspect of the care Stella Lilly received is carefully reviewed. The death of a child is a heartbreaking event for family and friends and in such tragic circumstances we give the family room to grieve.

“Hospital management will be available to meet with Stella Lilly’s family at their convenience. Our thoughts are with them at this very sad time.”

West Belfast Primary School, which Stella Lilly attended, said her death was a “tragic loss for our school community”.

One post read: “Sadly, Black Mountain Elementary stewards, staff and students have been informed of the premature death of a Year 2 pupil, Stella Lilly McCorkindale.

“This is a tragic loss for the Black Mountain Elementary family and our school community, and the thoughts of the entire school are with Stella Lilly’s family and friends at this sad and difficult time.

Stella-Lily was a very smart and talented little girl who was very popular with the staff and children alike, and will be sorely missed by everyone at school.

“To help support our students and staff at this sad time, additional trained staff from the Education Authority Critical Incident Response Team have been engaged and will provide support to the school.”

INTO Northern Secretary Gerry Murphy sent his condolences to Stella Lilly’s parents and family, and to the pupils, staff and wider Black Mountain school community.

Mr Murphy said: “It is crucial that all schools are promptly provided with relevant advice from the PHA and employment authorities in identifying symptoms and appropriate actions that need to be taken to protect pupils, staff and school communities to prevent further tragedies related to this current outbreak.”

A GoFundMe page was created to help the family.

Parents of the school’s younger students received a letter from the Public Health Agency on Friday telling them that a pupil had been diagnosed with a severe form of Strep A.

Her death brings the number of children known to have died from the disease – which usually causes a mild sore throat and temperature but can be life-threatening – to nine.

They include Mohammed Ibrahim Ali, four, from High Wycombe, Buckinghamshire, and seven-year-old Hannah Roab, from Penarth, Vale of Glamorgan.

Lockdowns during the pandemic, when children were cooped up indoors, are being blamed for the outbreak.

As cases of scarlet fever and Strep A spread across the UK, many primary schools have made the decision to close.

St Vincent’s Catholic Voluntary Academy in Hull closed its doors for a ‘deep clean’ on Friday after a small number of children were bitten by a bug.

Parents at the school gates on Monday agreed that this was the right precaution to take.

The UK Health Security Agency (UKHSA) said the last time there was an intense period of Strep A infection was in 2017-18 when four deaths were recorded in England in the equivalent time frame.

He said any concerned parents should contact the NHS.

Strep A is one of the most common bugs doctors see in children every year, but it’s currently on the rise, said Jeff Foster, The Sun’s Dr.

He said: “It is usually found in children under the age of 10 and is spread through droplets and close contact – through spitting, sneezing, coughing and touching infected surfaces. It is the same way you catch a cold.

Mild cases can occur as children have a high fever and sore throat. If it becomes scarlet fever, they will develop a sandpaper-like rash, about four or five days after the temperature starts, and flush their cheeks.

“This year is not a new variable. It is a post-Covid effect where children have not been exposed to bugs for two years.” 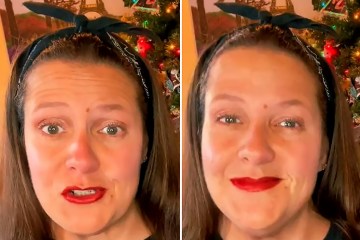 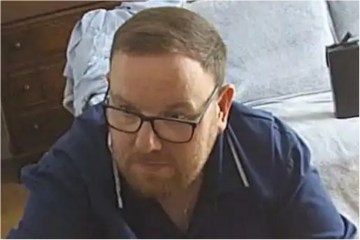 Scarlet fever is caused by bacteria called group A streptococci. This bacteria also causes other respiratory and skin infections such as strep throat and impetigo.

UKHSA Deputy Director Dr Colin Brown added: “It’s important that parents look out for symptoms – and see a doctor as soon as possible so we can prevent infections from becoming serious.”

Group A Streptococcus (GAS) — also known as Streptococcus pyogenes — is a bacterium that can cause mild illnesses such as sore throats and skin infections, including cellulitis and tonsillitis, impetigo, and scarlet fever.

In rare cases, the bacteria can cause the life-threatening disease, invasive group A strep disease.

Guidance from the NHS states that there are four main signs of invasive disease:

It can happen if you are already sick or have a weak immune system.

Two of the most severe examples of invasive disease are necrotizing fasciitis and toxic shock syndrome.

You are at increased risk of developing invasive group A strep disease if you:

Group A streptococcus bacteria can also cause scarlet fever, which can be serious if not treated with antibiotics.