The Economist: In Bahrain, calm before the storm and the prime minister failed to calm Sunni-Shiite tension 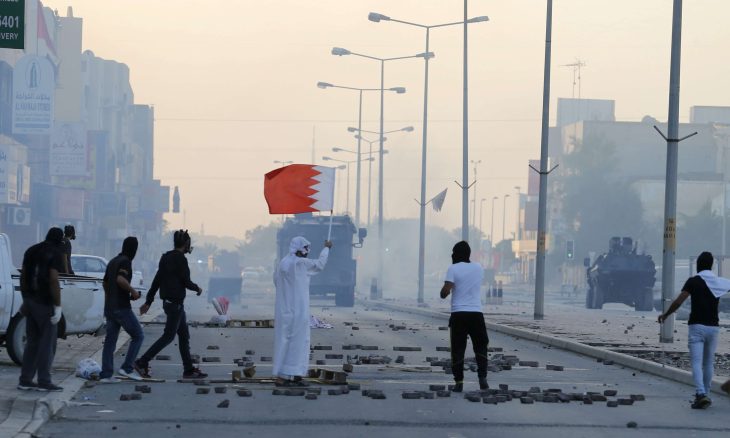 London – “Al Quds Al Arabi”: The Economist magazine published a report on the tense situation in Bahrain, saying that Sunnis and Shiites are still far apart, even more than in the past.

The magazine said that the death of Khalifa bin Salman in 2020, who was considered the longest-serving prime minister in the world, led to mourning in Bahrain, and tremors of joy and ecstasy as well. His cousin, Salman bin Hamad, the Caliph was appointed to take his place. Prince Salman, the eldest son and crown prince of Bahrain, was seen as the bridge between Sunnis and the oppressed Shiite majority. In 2011, when the authorities requested the support of the UAE and Saudi Arabia to help crush the uprising, he was a vocal advocate of dialogue.

The Shiite leaders, who had suffered from imprisonment and torture, hoped to release the detainees, grant equal rights to members of their sect, and even pass a law prohibiting discrimination. Nothing of the sort happened. Al-Wefaq, Bahrain’s main opposition party, was banned in 2016 on charges of creating a “new generation of hate campaigners,” even though the government could easily be condemned for the same crime.

Al-Wefaq leader Ali Salman and a number of members of the group are still behind bars. Officials and government critics alike predict that without a political agreement with the Shiites, fire will once again erupt in the kingdom. There are those who expect the worst-case scenario, that the violence will move from the small island, which does not exceed an area of ​​48 kilometers in length and 16 kilometers in width, to the eastern region of Saudi Arabia, which is only 20 kilometers away, the place of residence of Shiites and oil wells.

The magazine acknowledges that improving Sunni-Shiite relations is a difficult task. King Hamad bin Isa is surrounded by a group of hardliners who prefer to rule through an iron fist. One of these is Nasser, the younger brother of Prince Salman, who serves as the national security adviser and is said to be the king’s favorite son. There are two prominent cousins, Khalid, the minister of the royal court, and Khalifa, a military man, and a believer in hardening with the Shiites. And do not forget Bahrain’s neighbors, Saudi Arabia and the UAE, as these two countries treat the kingdom as a vassal or proxy, while at the same time opposing any hint of democracy. As for the Western countries, they have stopped putting pressure on the kingdom to implement reforms.

The Shiite side suffers from divisions. Ayatollah Isa Qassem, the spiritual leader of Al-Wefaq, moved several years ago from London to Qom, the holy city in Iran. Apparently, he is determined to turn the group into an Iranian claw. There are some Shiites who try to portray the Al Khalifa family as strangers, even though they arrived in Bahrain from the heart of the Arabian Peninsula several centuries ago. Some Shiites are trying to communicate with the regime, and Shiite cleric Abdullah Al-Ghuraifi met with the king last year, and moderate figures like him are treated as traitors.

Certainly, Prince Salman can do more. But he has excluded Shiites from important jobs, and appears unenthusiastic about leading the parliament, which voted last year to constrain its limited powers and more. According to the tweets on his Twitter account, the prince chairs the government sessions weekly, but he does not know what is being discussed.

The “Vision” section of its website states: “Bahrain will continue to achieve its ambitious goals for the benefit of the entire kingdom.” But the financial picture is bleak. Ordinary residents have suffered from austerity policies in the past years, and most of them are Shiites who have not received much aid from Gulf countries. A Shiite businessman in the capital, Manama, said that “hunger and limited opportunities may lead to another wave of unrest.”

The magazine concludes that Prince Salman has won praise for his efforts in providing vaccines against Covid-19 to all Bahrainis, regardless of their sect. Some prisoners have been released, and the authorities are no longer making excessive use of torture.

But the prince’s retinue says he needs a jolt, and he spends a great deal of time in his palace. And his failure to calm Sunni-Shiite tension is setting Bahrain on a path of trouble. The businessman said, “The wounds of the past decade of sectarian division have not healed, and at the present time, the island is experiencing a calm, but we are used to the calm before the storm.”

Arrived at Chautala Tihar Jail and kept in Jail No.2. ProIQRA News