The escalation of disputes within the Egyptian Brotherhood.. The deputy guide accuses leaders in the group of trying to control it – “Video” 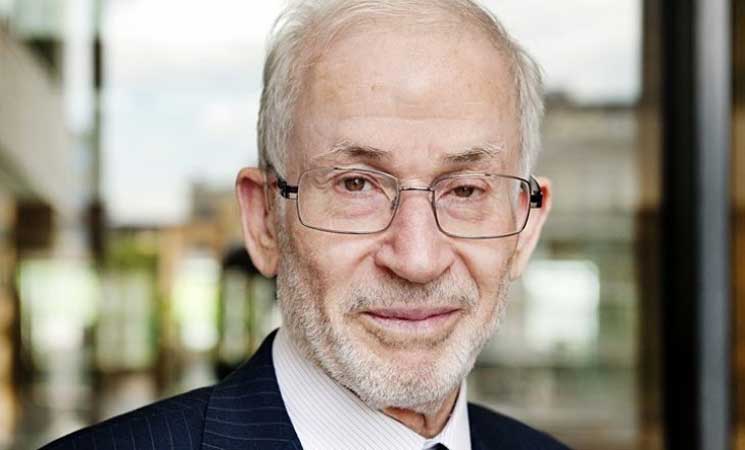 Cairo – “Al-Quds Al-Arabi”: Ibrahim Mounir, Deputy General Guide of the Muslim Brotherhood, accused Mahmoud Hussein, the former Secretary-General of the group, and a number of Brotherhood leaders, of trying to control the group.

Mounir published a video, in which he talked about the reasons for his decision, in which Mahmoud Hussein, the former Secretary-General of the group, was considered outside the organization, along with Medhat Al-Haddad, Mohamed Abdel Wahab, Hammam Ali Youssef, Rajab Al-Banna and Mamdouh Mabrouk.

Munir said: I am speaking to you in these difficult circumstances that the group is going through as the group’s deputy guide and head of the group’s Shura Council, according to the regulations it follows.

He added: I apologize to all of you for what happened, which we did not expect from some of the brothers who raised some problems and raised some dust on the group’s march, which we ask God to help us to get rid of them and for the group to return to its path until we meet God all.

He added: Perhaps you have followed the reform steps that were implemented during the last period by appointing a specific committee for the administration that evolved into a higher committee to manage the Brotherhood, both at home and abroad, with the participation of home and abroad, and with the approval of the members of the group’s Shura Council, and then the approval of natural elections every 4 years in all countries that we were unable to From holding elections in it, after it was extended due to Corona or other events.

He continued: Some brothers and sisters tried to bypass the regulations and control the group, although we tried to open a new page based on realizing what the group went through during the past 7 years, and understanding that there were good things that happened, and mistakes as well, and we started a new stage in our work at home and abroad.

He continued: Some of the brothers came out without disagreement, necessity or understanding of the regulations, so that it seems like a struggle of people or a struggle to understand the regulations, or to stand in front of another angle, yet this matter required a decision after they tried to go out to the media and control the Muslim Brotherhood.

He continued: We do not give anyone, regardless of their weight and history, to be greater than a group or its plans and path. Unfortunately, the situation was that some of them were referred for investigation, but they continued to bypass the regulations, and try to demolish the Guidance Office.

And he concluded: The row is organized behind the Brotherhood and its leadership.

Disagreements escalated between the fronts of Ibrahim Munir and Mahmoud Hussein, and reached the point of Munir declaring in a statement that the Deputy General Guide of the Muslim Brotherhood and the acting guide, during which he confirmed that Mahmoud Hussein, the former Secretary-General of the group, is outside the organization, along with Medhat Al-Haddad, Muhammad Abdel Wahab and Hammam Ali. Youssef, Rajab Al-Banna and Mamdouh Mabrouk.

In his statement, Munir affirmed that this group that was referred for investigation, along with others, submitted a request to the council to vote on draft resolutions that would divide the ranks and cause confusion among the ranks of the group and distract them from its main tasks, stressing the invalidity of all these procedures because they were issued in violation of the regulations and methods of work within the group.

Mounir added in his statement, considering that whoever contributed to these measures had removed himself from the Brotherhood.

This statement came in response to the Mahmoud Hussein Front’s announcement that it had decided to dismiss Ibrahim Munir from his position as acting guide, following a decision issued by the latter last Sunday to suspend 6 members of the group’s General Shura Council, and refer them for investigation.

Munir based his decision on the application of articles in the group’s internal regulations, and based on “regulatory violations contained in a memorandum of claim,” without revealing its details.

He explained that it was decided to suspend 6 members of the group’s General Shura Council (the organization’s highest supervisory body). The detainees, according to the statement, are: Mahmoud Hussein, the former Secretary-General of the group, the current member of the group’s higher management committee (temporarily substitute for the group’s guidance office), Medhat al-Haddad, Hammam Youssef, Rajab al-Banna, Mamdouh Mabrouk, and Muhammad Abdul-Wahhab, who are prominent leaders in the group. They are outside Egypt.

Munir decided to refer the six leaders to a special investigation committee for members of the General Shura Council, provided that it submits its recommendations as soon as its work is completed, without specifying a time limit.

The internal statement did not provide more details, but this arrest is the largest of its kind within the group’s organization since its crisis with the Egyptian authorities in mid-2013.

Over the years of the crisis since mid-2013, the group witnessed discrepancies in the affairs of the group’s management, which only resulted in arrests and investigations of a number of the group’s symbols, in 2016, in addition to Sunday’s decision that affected senior leaders.

The suspension within the group, along with the investigation, includes a suspension of any work or activity, which means a temporary suspension of membership, according to sources familiar with the group’s list who spoke to Anatolia, preferring not to reveal their identity.

Usually, the group does not issue announcements for its internal statements, nor for its investigations, whose list provides a recommendation to save the allegation or impose a penalty.

Since mid-2013, the Egyptian authorities have banned the group on various charges, which the latter denies, and thousands of its cadres are imprisoned, including the Brotherhood’s General Guide, Muhammad Badie.