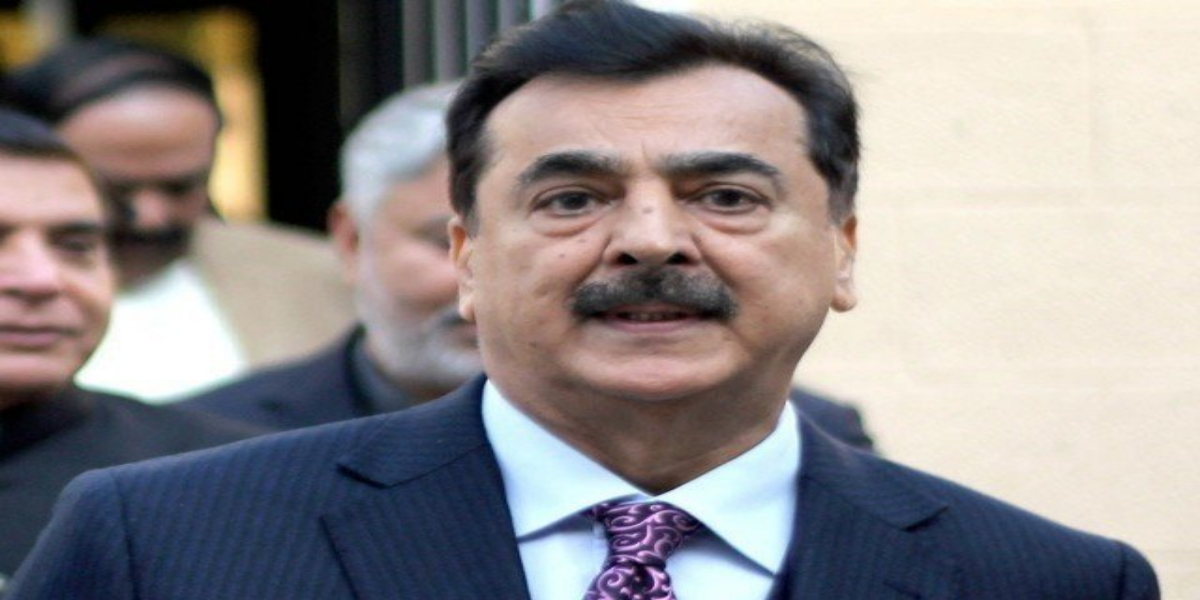 According to details, former Prime Minister Syed Yousuf Raza Gilani while talking to media said that he congratulated the entire nation on the occasion of Eid-ul-Fitr.

He said that this government has ignored the parliament, there is no impression of teamwork in the government, they are working on daily wages, we have expanded the army chief or someone appointed by DG ISI. Unheard of, these are sensitive issues.

Former Prime Minister Syed Yousuf Raza Gilani said that the government has created self-imposed inflation, the world talks about it but there are more facilities there, in other countries health, education and basic facilities are provided by the government.

Earlier, former Prime Minister Syed Yousuf Raza Gilani told a media convention that when he was invited to attend the event, he was on his way to attend a conference on global climate change.

“My high-level meetings were scheduled in Rome. I was told two hours before my departure that I could not travel abroad because my name was in the ECL,” he said. My name is in the ECL. If the rights of the provinces had been given earlier, East Pakistan would not have been separated.

Former Prime Minister Syed Yusuf Raza Gilani had said that Zulfiqar Ali Bhutto was removed and kept away from politics. I think media has a big role to play in preserving democratic traditions. We will restore it to its original state. I thank all the political forces for restoring the Constitution of 1973 to its original state.

Yousuf Raza Gilani had said that in the protest of journalists in Islamabad, all the political leadership strongly opposed the ban on journalism. The PPP believes in the power of the democratic party and the constitution. Today, two Nobel Prizes have also been awarded to journalists. We have opposed wrongdoing in every age, we have been against black laws from the beginning, and we have made access to information a public right.

“We fully support the legitimate demands of journalists. The PPP is a mature party with a long history. We are committed to solving the country’s problems. We are committed to the situation in Afghanistan and the internal situation of the country,” he said. Working, we need to be briefed on the overall situation in Afghanistan, the success or failure of a government depends on the implementation of its manifesto.

Former Prime Minister Syed Yousuf Raza Gilani had said that PTI had given its manifesto which they have failed to implement. I had implemented 85% of the Charter of Democracy. I am sure that political and democratic parties have played their role. Will keep doing

Benefit of 46 lakh people from Modi government’s ‘Ya’ scheme,...

Facebook
Twitter
Pinterest
WhatsApp
Previous articleSudan..Protesters were injured after they were beaten by the police while trying to enter the Council of Ministers headquarters
Next articlePumas regains claw – El Diario de Yucatán

The last total solar eclipse of this year will be tomorrow

The Government confirmed that there will be no bonus for retirees